Dondurmino Gelato from Alaçatı, Ranked Among the Best Ice Cream Shops in the World 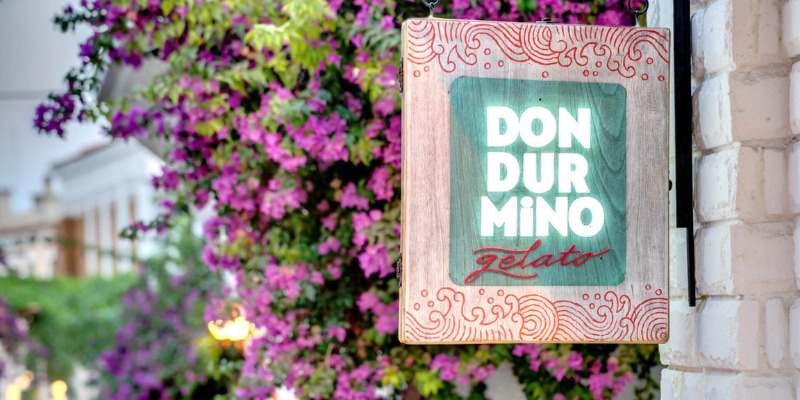 According to the article shared by the Financial Times, Dondurmino Gelato, which was opened in Alaçatı in 2014, was among the top 25 boutique ice cream places in the world. Those who prepared the list drew attention to the 150 kinds of recipes prepared with traditional Turkish and Italian flavors of Dondurmino, which is managed by the Akbulut family.

Akbulut family who owns the Milkomak company which built many plants for the ice cream industry over 40 years, opened up Dondurmino Gelato in Alaçatı-Çeşme with their globally leading Italian partners in their fields in order to make Italian gelato known and loved in Turkey. Dondurmino’s flavors, taste and concept brought it a reputation which exceeded the borders of the country in a very short time. Fresh and natural ingredients are produced daily into gelato with passion and love.

Mehmet Ali Akbulut who works with the globally famous chefs and companies in Italy is acknowledged by the “Gelato Master Chef” title. Akbulut, portrays the best example of boutique gelato making in Turkey with over 150 different recipes and helps the Turkish people to be acquainted with real Italian gelato and for it to be popular in Turkey alongside traditional Turkish ice cream.