The World Renowed Chef Thomas Bühner is at Gastromasa 2022! 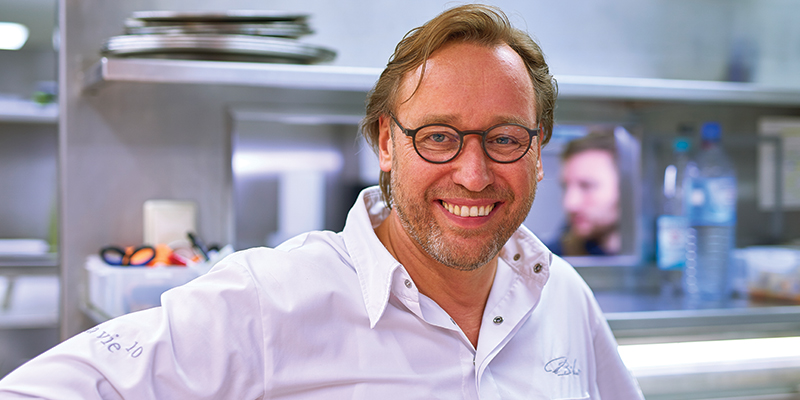 Thomas Bühner, one of the star chefs, is meeting with the gastronomy industry and its fans in the organization that will take place at the Haliç Congress Center.

For over 30 years, Thomas Bühner has been at the top of the league of German chefs. Bühner decided to become a chef, and even back then, he announced to his parents: “So if I’m going to be a chef, then at least I want to be a good one” – and he has kept his word to this day.

Thomas Bühner trained to cook at the Schweizer Haus in Paderborn. Then worked at the Düsseldorf Hilton under Günter Scherrer, the Landhaus Scherrer in Hamburg. Also at the Grand Cru Restaurant in Lippstadt. Finally at the Restaurant Jörg Müller and at Harald Wohlfahrt’s Schwarzwaldstube.
Consequently, two years later Thomas Bühner became Chef at the La Table Restaurant in Dortmund in 1991 where he gained his first Michelin star five years later, followed by a second one in 1998.

In 2001, Thomas Bühner was awarded the Gault Millau “Rising Star of the Year” award and was voted “Chef of the Year” just five years later. Since 2006, Together with his wife Thayarni Kanagaratnam, he has been running Restaurant La Vie in Osnabrück. In 2009, he received the accolade of becoming a Relais & Chateaux “Grand Chef”. In 2011, he was awarded with a third Michelin star.

Thomas Bühner has worked hard to ensure his cuisine embraces the product. Beyond his culinary expertise, he has proven to the world that he is a true professional in every sense with the mutual respect and rationalist attitude he encourages in all the kitchens he works in. He learnt the importance of discipline and became intrigued by the down-to-earth attitude and humaneness that Wohlfahrt showed towards the people who worked for him on a daily basis.