The World Renowed Chef Alex Atala is at Gastromasa 2022! 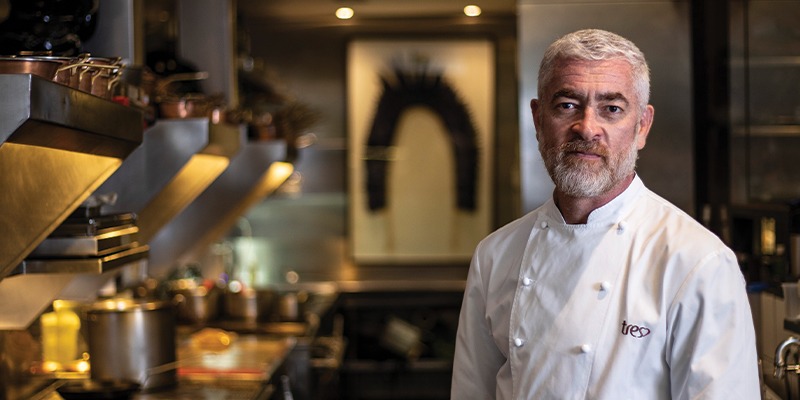 Alex Atala, one of the star chefs, is meeting with the gastronomy industry and its fans in the organization that will take place at the Haliç Congress Center.

One of the most important names of Brazilian gastronomy is undoubtedly Alex Atala. Since the beginning of his career, Atala has attracted the attention of food lovers with his works with the tastes, products and colors of Brazil. These works brought him many national and international awards. The world-famous chef, who won two Michelin stars with his main restaurant D.O.M, which he established in 1999, found himself in the list of “100 Most Influential People in the World” prepared by Time magazine in 2013. The chef, who was awarded the “Lifetime Achievement Award” by the South American edition of Time magazine in 2014, has made D.O.M one of the most exclusive restaurants in Brazil.
D.O.M. was rated the 4th best restaurant in the world by the S.Pellegrino World’s 50 Best Restaurants, published by Restaurant magazine. His establishment also holds the title of “Acqua Panna Best Restaurant In South America.” He’s known for transforming traditional Brazilian dishes, adapting French and Italian culinary techniques to native Brazilian ingredients.
“Sustainability is a very meaningful word for myself. The main link between culture and nature is food. For us in Brazil, we deeply believe that the conservation of the Amazon is more than protecting the river, the seed or the forest. It is actually protecting the man who lives inside of the forest, nearby the river. When you decide to work with sustainability, it is a lifetime commitment. It will not take years, it will take a lifetime — your whole lifetime. ” he says.