Riccardo Camanini, One of the Star Chefs, at Gastromasa 2022! 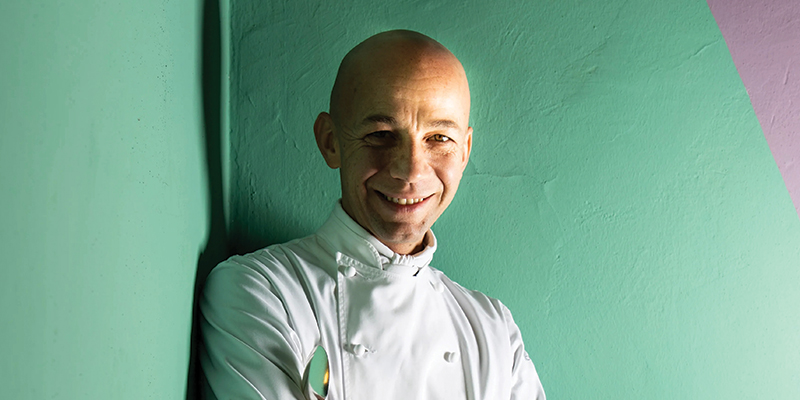 Riccardo Camanini, one of the star chefs, is meeting with the gastronomy industry and its fans in the organization that will take place at the Haliç Congress Center.

Born in 1973, from Bergamo, he has in his curriculum the Albereta di Erbusco with Gualtiero Marchesi, Le Manoir aux Quat Saison with Raimond Blanc, La Grande Cascade in Paris, with Jean-Louis Nomicos, that is to say Alain Ducasse, and the Villa Fiordaliso in Gardone Riviera, interspersed with forays into various kitchens around Europe, and then moving in 2014 to Lido 84, also in Gardone Riviera, after 6 months from the opening it obtained its first Michelin star.
The style of chef, the result of a vision that combines the most exquisite refinement with a sincere love for hospitality, Riccardo’s cuisine is steeped in ancient flavors that evoke the places that raised him, and as fragrant as the warm zabaglione that accompanies his rose cake. In his dishes, the technique is always at the service of a very strong poetic component: respect for the materiality of the product is thus combined with the imaginative impetus, as in the case of the sylvan symphony of “Rice, fermented black garlic and berries” or ” Romanità Transalpina ”of the“ Cacio e pepe cooked in the bladder ”.
Italy’s foremost culinary sensation. In his Lido 84, which opened in early 2014 on the western shore of Lake Garda and was a former bathing beach with direct access to the lake, he was awarded a Michelin star in a mere six months.
He received the prestigious one-to-watch award from the renowned The World’s 50 Best Restaurants List in 2019.
The awards up to 2019 are listed but more recent results are missing: the “Highest Climber Award” in 2021 and the recent 8th place in 2022.