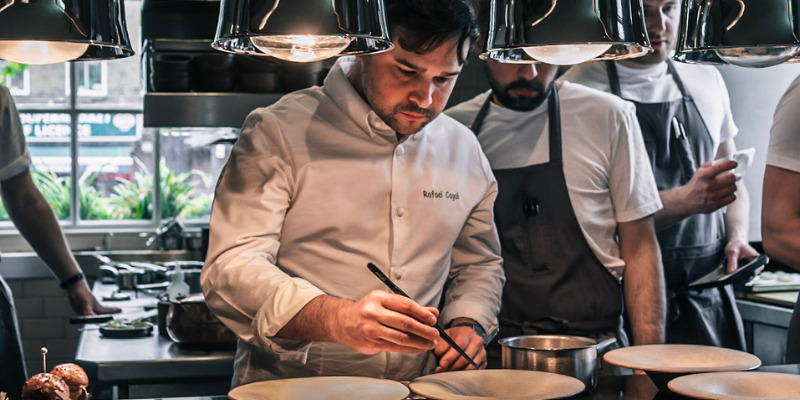 Cagali will take over and reorganize the area inside the historic Town Hall Hotel that houses the Corner Room. A simpler transitional interpretation of Brazilian-Italian heritage, Elis is planned to serve an a la carte menu and wines from Keeling Andrew & Co.

The menu starts with flavors such as Vitello tonnata, Bolinho de bacalhau (cod fritters), Gnocco fritto; Crab tagliolini also includes verde-style pastas and extensive platters such as Baby monkfish tail with black tucupi. The wine list will be a concise selection of 10-12 bottles highlighted at any given time, with 5-6 wines by the glass, curated by Keeling Andrew & Co., creators of Noble Rot.

With the collaboration with Studio Nathan Miller, Elis, where an elegant and dynamic design will prevail, will be transformed into an area for approximately 30 people located in the historical Town Hall Hotel.

Rafael Cagali talked about his newly opened restaurant with these words:
“Elis is inspired by my mother and my childhood and here we will present simple plates with a selection of elegant snacks and fine wines. I’ve been wanting to explore different elements of Brazilian and Italian food culture for a while, so here I’ve featured everything from my favorite street food to family celebration dinners my grandmother made.”