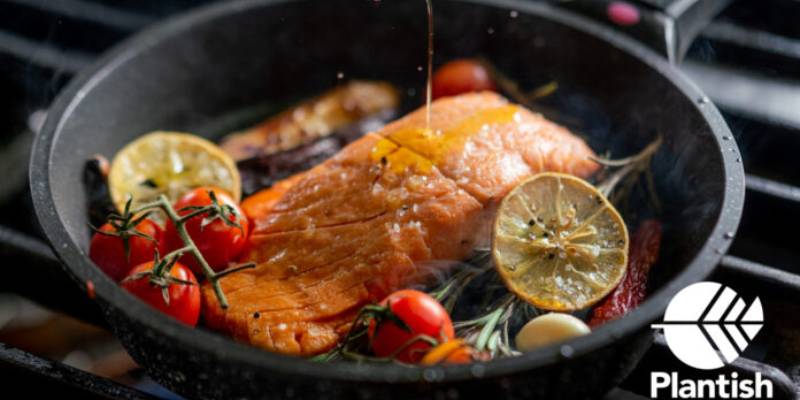 Israel-based startup Plantish has introduced the world’s first vegan, whole-cut salmon fillet. The prototype salmon was produced in a fatty and fibrous structure to mimic real fish tissue. In order to preserve the nutritional value of the fish, vegan salmon fillets are enriched with Omega-3, Omega-6, and B vitamins.

Although most fish are consumed as whole cut fillets, alternative seafood is produced to mimic groundfish. Tackling this market niche, Plantish has produced a fully cut fillet that can be prepared using the same methods as traditional salmon and is compatible with all cooking processes, including poaching, grilling, and baking. “We exist to save the oceans and eliminate the need to consume marine animals by providing more sustainable, more nutritious, and more delicious fish options,” Plantish Co-founder and CEO Ofek Ron said in a statement.

The initiative has raised $2 million to fund this mission, which includes participation from Michelin-starred chef José Andrés and Nas Daily’s content guru Nuseir Yassin. Plantish plans to showcase its salmon in select pop-ups by the end of the year, aiming for a wider launch by 2024.