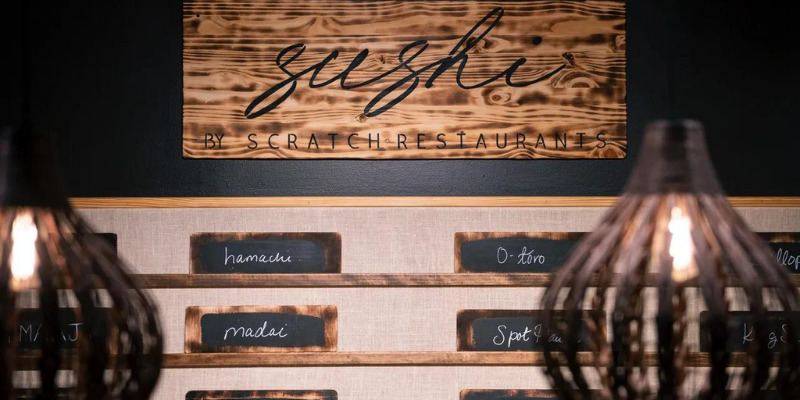 Celebrity chef Philip Frankland Lee and his wife Margarita Kallas-Lee, who have appeared in shows such as Top Chef, are getting ready to open their Sushi Bar Sushi By Scratch Restaurant in Seattle on September 1.

While the restaurant in Seattle has a 17-course tasting menu for $165, the menu includes many different flavors such as sweet corn, hamachi, crispy onion sashimi; waiting for its guests to experience it.

Head chefs at each location of Sushi by Scratch Restaurants add their own 10 nigiri dishes to their menu, and no place offers the same dishes. For example, a chef at the Austin location in Los Angeles was inspired by the al pastor street tacos he ate while growing up in California; He makes an al-pastor-inspired escolar nigiri with Fresno peppers, pineapple, and ponzu. “They’re putting themselves on the plate,” Lee says.

While Seattle’s chef has not yet been announced, Lee said that he has time to become the best Michelin-starred concept of all time, and that it will not be achieved by copying the same thing.

Sushi By Scratch Restaurants’ group of 10 guests starts the night in a secluded whiskey bar where they get a cocktail of Japanese whiskey, sake, lime and ginger. Then the chefs prepare and serve the nigiri at the sushi bar. Lee; prefers to serve sushi that can be dispersed when held with chopsticks and that guests can eat with their hands.