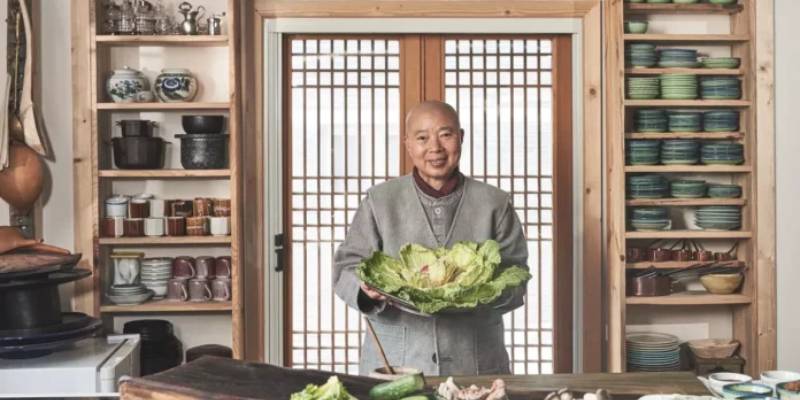 Buddhist nun, Jeong Kwan has been won the Asia’s 50 Best Restaurants Icon Award 2022 with a philosophical approach to cooking and her mastery of temple cuisine.

The philosopher chef Jeong Kwan joined a Buddhist monastery at the age of 17. She has worked with centuries-old traditions and cooking techniques for the last forty years. She cooks without meat, fish, dairy, garlic, or onions due to embracing the Buddhist principles which are zero waste and healthy eating. South Korean monk Jeong Kwan harnesses vegetables that she grows in her garden, and flavors her food with salt, soy sauce and paste, and chili paste in dishes.

Kwan, who lives at Baekyangsa, a seventh-century temple located within South Korea’s Naejangsan National Park, hopes that this award will raise awareness of temple food and further advance Korean cuisine around the World.