Dining Impossible will hold in Armenia this year! 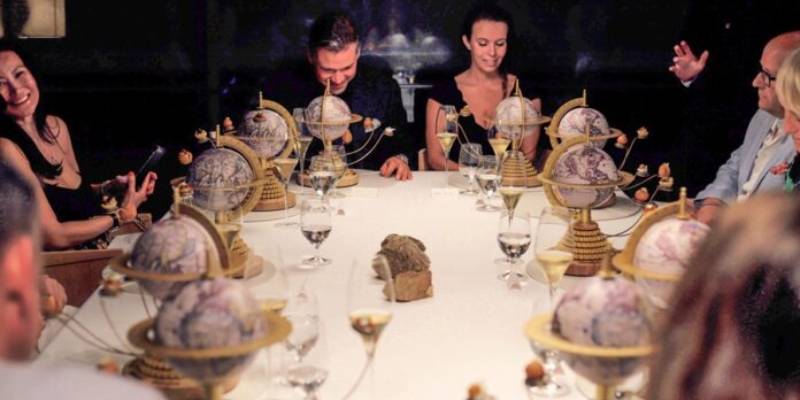 Named the best dinner party by Forbes and the craziest by VICE, Dining Impossible has been thrown for 13 years. Thomsen gathered politicians, royalty, jet-setters, and rock stars to create a gastronomic feast with tasting menus and the best wines at the project’s first event in Copenhagen in 2009. Dining Impossible became an international event in 2012, reaching New York City, Chicago, Lima, Hong Kong, Barcelona, and San Sebastian.

Dining Impossible, which takes place every year with the idea of taking an international group of guests to the best restaurants in a particular city, celebrated its 10th anniversary with the DI: JET version just before the pandemic. During the 4-day event, 14 guests met up for dinner at the 3-Michelin-starred La Pergola restaurant in Rome. The gastronomic feast continued at Osteria Francescana in Italy, El Celler de Can Roca in Spain, and Mirazur in France. It ended with a casino party in Monte-Carlo. Dining Impossible, postponed due to the pandemic, returned in 2021 with a trip to the Faroe Islands. Guests enjoyed the luxury of eating caviar as they sailed to a cave concert on the water in an old two-masted sailboat.

This year, Kristian Brask Thomsen welcomes his guests to Armenia, where they will discover ancient lands at Dining Impossible. The event will provide guests with an unforgettable experience with features the country’s caves, manuscripts, bumpy mountains on The Silk Road, as well as jazz clubs, meat feasts, cocktail bars, pristine wineries, Las Vegas-look alike Eastern European parties, cable cars 320 meters up, trouts cooked in the sun on satellites and breathtaking helicopter rides.

Dining Impossible will hold from April 27 to 30.