Carlos Echapresto, One of the Star Sommeliers, at Gastromasa 2022! 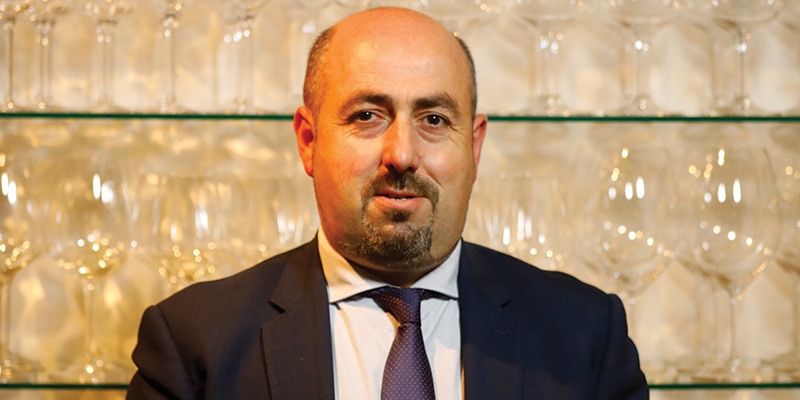 Carlos Echapresto, one of the star sommeliers, is meeting with the gastronomy industry and its fans in the organization that will take place at the Haliç Congress Center.

He is the other half of Venta Moncalvillo. Together with his brother Ignacio, he decided to make their small village the place to start their business more than 25 years ago and thanks to their perseverance they have managed to turn their once simple project into one of the best restaurants in La Rioja. He is the older brother, the Sommelier, the Maître D’ and the Host of the Restaurant, their home. The driving force behind the first sommelier course held in La Rioja, Carlos is one of the leading figures in both the FOH and in wine service in Spain.

In 2016 he was recognized with the Spanish National Gastronomy Award for Best Sommelier, in 2020 his wine list was awarded by the IWC as the Best in Spain and in April 2022 he received the Club de Gourmets Award for Best Sommelier. Carlos is a passionate advocate of La Rioja wines both in Spain and abroad, where he acts as an ambassador giving presentations and tastings to professionals from all over the world, and, together with his brother Ignacio, they work tirelessly to position their land as a gastronomic reference within and beyond our borders

The Echapestro brothers opened their restaurant in a hidden village 20 kilometres from Logroño. Such location was no accident; quality, creativity and loyalty to their surroundings are the trademarks of a place that instills calm and demands a leisurely attitude. Armed with that spirit, it is easy to enjoy the soulful creations of Ignacio, a self-taught chef who learnt the kitchen ropes from his mother Rosi, and the hospitality of Carlos, who fronts the house and takes care of the wine service.

Loyal to their roots, traditions and the idea of proximity, the Echapresto brothers work with small producers based in the Sierra de Moncalvillo to recover and add value to artisan products like oak tree honey, supurao wine made by Ojuel or Moncalvillo beef which Ignacio and Carlos include in their food and wine menus. They have recently launched a new range of gourmet honey meads made in a new meadery built in Daría which are served in the restaurant.

In 2021, together with his son Ismael, a viticulteur, and his friend the oenologist Sergio Sáez, he started a new project in his village ‘Moncalvillo Meadery’. This new adventure unites two of his great passions, oenology, and gastronomy with the millenary beekeeping to create a variety of artisan meads with a lot of personality and gastronomic character. In its short life the product is already positioned as a benchmark in this drink and is present on the menus of some of the best restaurants in Spain and Europe. But Carlos’s great work is not only recognized in La Rioja, as attested to by the awards he has received to date.