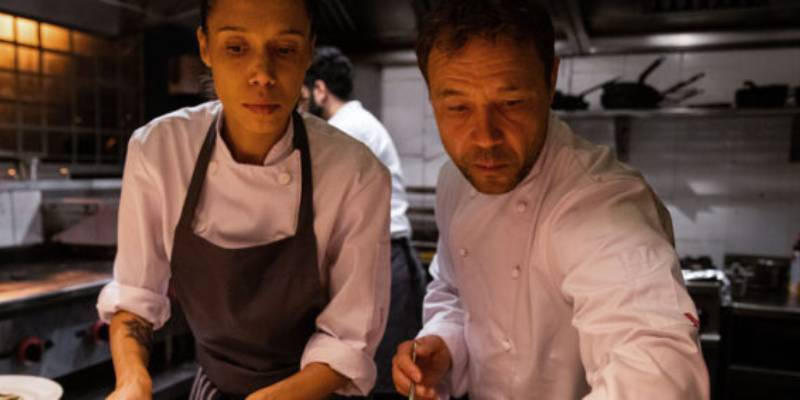 Directed by Philip Barantini, the film was nominated for 11 BIFAs, while the cast includes Stephen Graham, Vinette Robinson, Ray Panthaki, and Hannah Walters. In the movie, we watch Stephen Graham as Andy Jones role opens his restaurant and deals with the many crises he faces on the busiest day of the year, both on the side of his customers, on the service and kitchen.