Andoni Luis Aduriz, One of the Star Chefs, at Gastromasa 2022! 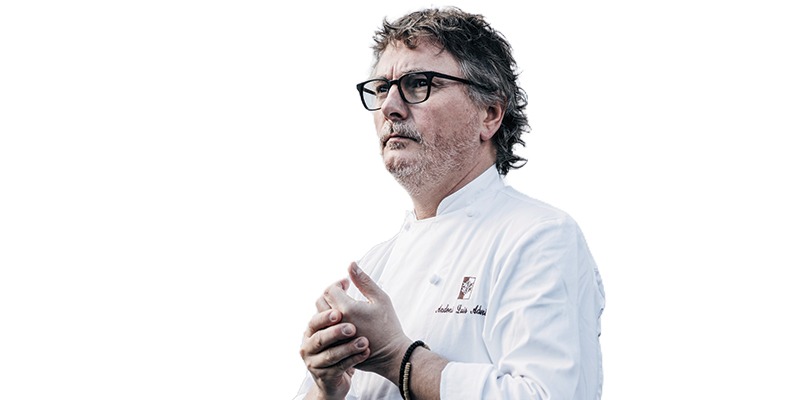 Andoni Luis Aduriz, one of the star chefs, is meeting with the gastronomy industry and its fans in the organization that will take place at the Haliç Congress Center.

Aduriz is considered as one of the most influential chefs of our time. Throughout his career, he has prioritized both culinary evolution and an interdisciplinary approach. This has allowed him to cross the established borders and become a rebel in the kitchen.

The chef, who ranked 7th in The World’s 50 Best Restaurants list in 2016 with his restaurant Mugaritz, is among the most successful chefs of the Basque region. He crowned his success with 2 Michelin stars in 2000 and 2005. “We create plates with natural products, successful producers and inspired work,” he says.

Aduriz was deemed worthy of many national and international awards, including the “Spain National Gastronomy Award”, with its creative and innovative style in the field of gastronomy. When we asked Aduriz what he thought about Turkish gastronomy; “Turkey is geographically in a location where different cultures come together and it has a lot to both tell and teach. The important thing is that the audience and their chefs come to the point where they can share these experiences”.