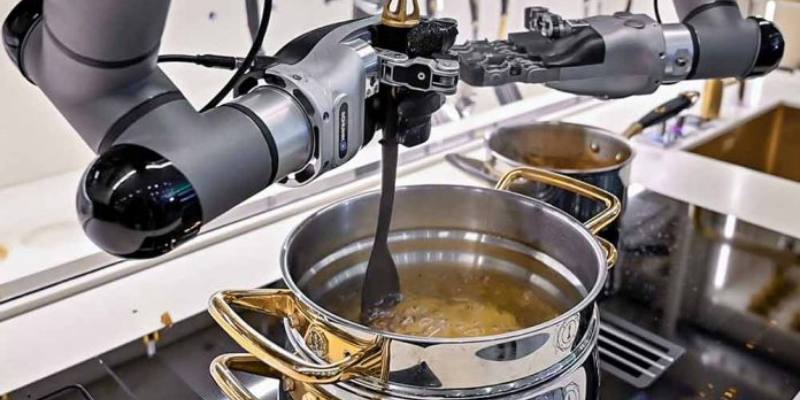 Based in London, England, but designed from Russia, Moley Robotics has developed and launched the world’s first robotic kitchen for consumers, based on a multi-functional cooking platform. Founder and CEO Mark Oleynik discusses Moley’s potential for commercial kitchens.

The “world’s first robotic kitchen” developed by Moley can cook more than 5 thousand recipes, prepare plates for presentation and even clean itself thanks to its automatic hands. Operated by optical cameras and sensors, robotic hands smoothly operate a touch induction cooker. Oleynik says the robot is a movement that could fundamentally change the way restaurants work in the coming years.