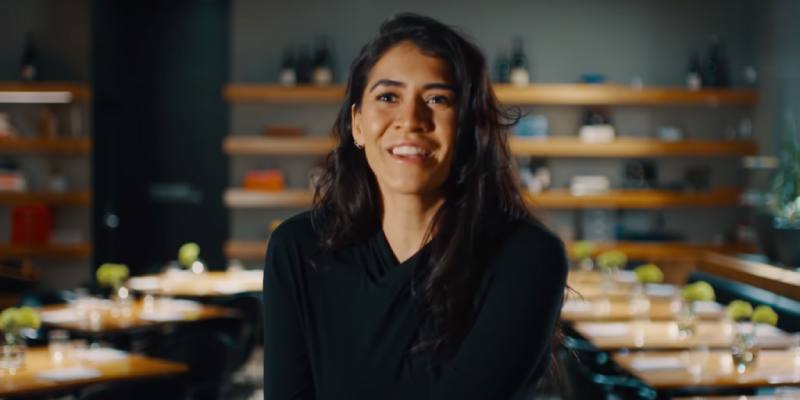 Today the chef is 28, which makes her the youngest winner of the the “Best Female Chef” title in the history of the award. Aside from praising her achievements in the kitchen, 50 Best also highlighted the work the chef has done in making her kitchen a welcoming space for everyone, especially immigrant cooks.

Soto-Innes, a Mexico City native, moved to the U.S. when she was 12, bringing with her a homegrown desire to work within the culinary world. She studied at Le Cordon Bleu in Austin, Texas, and traveled around Europe and New York to train. She helped open Cajun restaurant Brennan’s of Houston and spent time in other restaurants before joining Olvera’s star Mexico City restaurant Pujol. When Olvera decided to open a restaurant in New York, he entrusted the kitchen to Soto-Innes. Following the success of Cosme, they opened the second restaurant, Atla in New York.

The talented chef announced her win over instagram and said: “I grew up with a line of really strong women that love to cook. When i was born, my mother was a lawyer with my father, but she wanted to be a chef because my grandma had a bakery and my great grandma went to cooking school. Everything was about who made the best cake, who made the best ceviche, who made the best mole. I just knew that it was the thing that made me the happiest.” Soto-Innes says she hopes to use the platform to help inspire and support people of all ages, races and nationalities in becoming cooks. Much as she already does in her own relaxed multicultural kitchen in which two thirds are women and where music and dancing are encouraged!