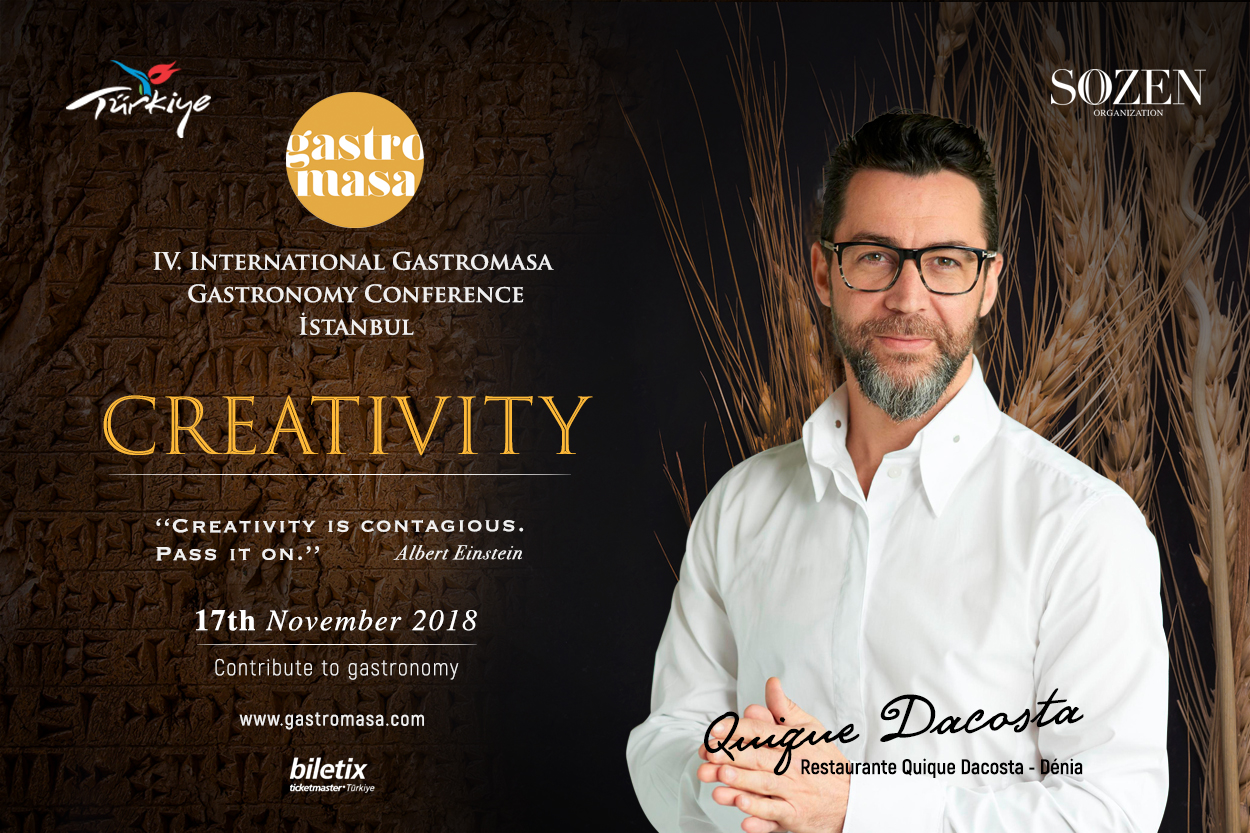 World star Quique Dacosta is coming to Gastromasa. Spanish chefs self named restaurant Quique Dacosta, earned three Michelin stars in 2012. Dacosta took place in the category of Opinionated About Dining in the list of Best Restaurants in Europe for two consecutive years in 2012-2013. The successful chef also has two other restaurants, El Poblet and Mercatbar.
With the aim of building a bridge between the world and Turkish gastronomy, IV. The International Gastromasa Gastronomy Conference is preparing to welcome the worlds star chefs in Istanbul between 14-18 November.