Women in gastronomy come together on March 8 in Bangkok 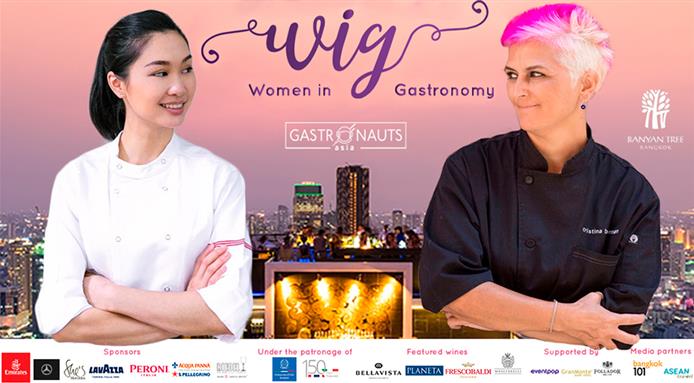 Women in Gastronomy (WIG) celebrates its second edition on 8 – 9 March 2019 at Banyan Tree Bangkok with a special program.

After the success of the last year’s event, the capital Bangkok will once again showcase some of Thailand’s finest female culinary talent cooking alongside guest chefs.

In the spirit of the 150th anniversary of diplomatic relations between Italy and Thailand, this year celebrations include Italian guest chef, Michelin starred Cristina Bowerman from Glass Hosteria and Romeo in Rome.

For the event web site: https://www.womeningastronomy.asia/