“Tortilla movement “is seeking to restore traditional flavors of Mexico 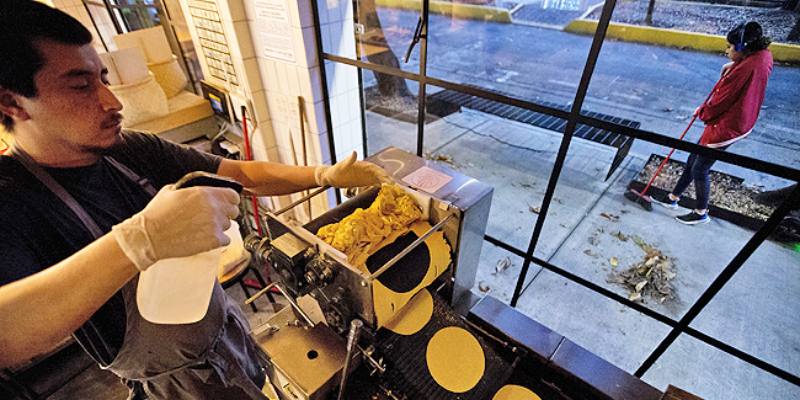 Tortilla is perhaps the most famous local delicacy Mexicans introduce to global gastronomy. Traditionally these breads are made in special bakeries called tortilleria. But recently their tortillas have been replaced by mass-produced and packaged tortillas sold in supermarkets.

Enrique Olvera’s Molino El Pujol leads the way in making real, authentic corn tortillas for the people of Mexico City as a way to reclaim a cultural heritage that is being eroded by mass production and modern corns.

Traditionally yellow corn in Mexico is used for animal feed and a real tortilla should be made with locally sourced blue, red and white corn. So the ‘Tortilla Movement’ is looking to fight pre-packaged products with the real deal, made by hand at a series of tortilleria’s across the city.