The Welcome Conference on September 23 in Chicago 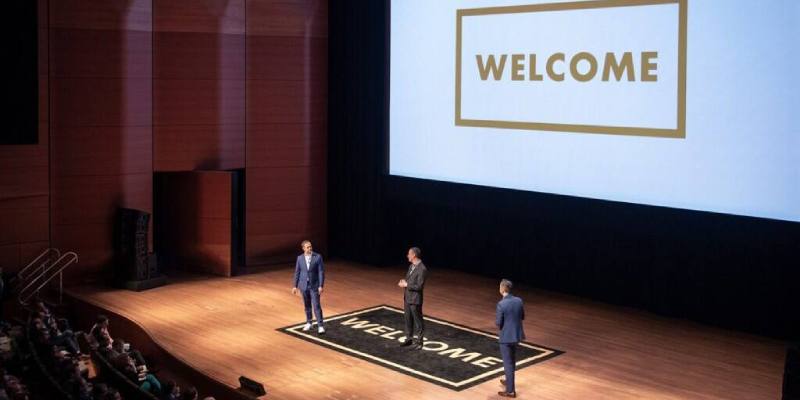 The Welcome Conference, one of the most important conferences in the restaurant world, has been organized many years ago, where people who are passionate about hospitality can come together and be inspired by others.

Hamdi Ulukaya, owner and entrepreneur of Chobani yogurts in America, attended the first session of the conference in June as a guest. He talked about ethical farming practices, how to establish a business and the story of his yogurt.

The Welcome Conference, which began in 2014 and is home to Will Guidara and Anthony Rudolf (and now Brian Canlis), will take place on September 23 at the Steppenwolf Theater in Chicago. The event was announced to include chefs, restaurateurs, journalists and industry leaders who will speak at the conference, including restaurateur Danny Meyer, chef and restaurateur Missy Robbins and restaurateur Andrew Zimmern.

The names that will take place in the conference where the tickets will be sold on August 7 are as follows:

Donnie Madia – Restaurateur, One Off Hospitality

Former speakers Kevin Boehm and Donnie Madia will be present at the first session of the conference in Chicago.

Kevin Boehm and Donnie Madia made the following statements about the conference: “We spend a lot of time and effort in the conference every year. This conference is one of the most important points of our career.”