The champion of Bocuse d’Or 2021 will be announced today! 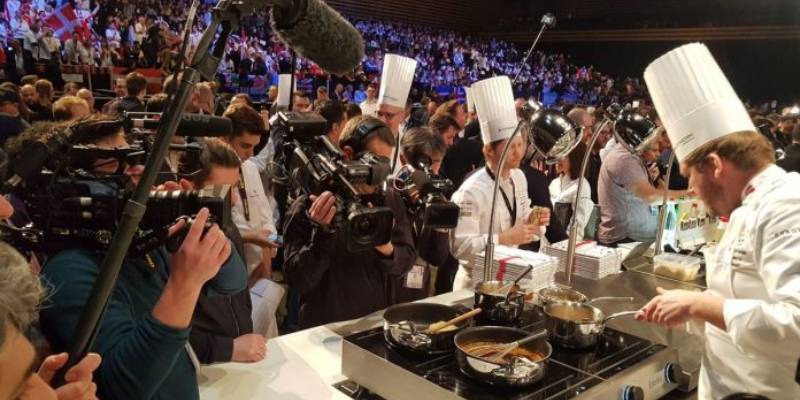 The day that the gastronomy world has been waiting for months has come. The two-day grand final of the Bocuse d’Or 2021 ends today. In the competition held at the Sirha Fair in Lyon, France, countries show their skills t become the winner of the world’s most prestigious culinary competition.

Norway, Italy, Costa Rica, Sweden, Switzerland, Singapore, Indonesia, Colombia, Tunisia, Russia, Ecuador, and Denmark competed on the first day of the grand final. Despite the pandemic conditions, the audience is ready to support their teams in the competition, which is met with great enthusiasm, just like in a football match. On the first day of Bocuse d’Or, new catering models are on the agenda and the competitions created different takeaway menus using tomatoes. In addition, each team adapted the shrimps presented in reusable boxes from plant-based ingredients to their menu.

On the second day of the Grand Final; Estonia, Uruguay, France, Iceland, Japan, Morocco, Finland, Chile, Thailand, and Hungary will compete. At the end of today, the jury will make its final decision and announce the champion. Bocuse d’Or is preparing to give another special award this year. The work of chefs who adapt to challenging new working conditions and develop models of solidarity will also be honored with the Bocuse d’Or Social Commitment Award.