The address of restaurants where taste and design meet: Copenhagen 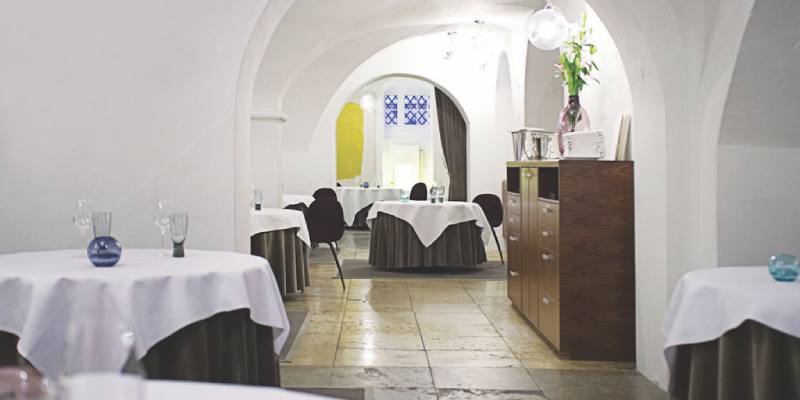 Danish cuisine, which has a cuisine based on traditional recipes in general, gives more importance to renewal and development with Scandinavian cuisine which has been on the rise for the last few years. In Copenhagen, the capital of Denmark, you can meet world-class dishes that are highly successful, creative, innovative and design-oriented, and even experience the combination of this with Scandinavian cuisine. Copenhagen is the right route for gastronomy and food enthusiasts, with many successful international restaurants.

In 2019, Gerenium was named the 19th best restaurant in the world and has three Michelin stars, with Danish chef Rasmus Kofoed winning Bocuse d kazananOr in 2011. The restaurant with light and dynamic cuisine is located on the 8th floor of Fælledparken in the Østerbro district of Copenhagen. The menu, which varies according to the seasons, is prepared with organic products of Scandinavian cuisine. Prepared with artichoke leaves, walnut oil and rye vinegar, the dishes leave a unique flavor to the palates.

The best restaurant in the World: Noma

It is very difficult to make a reservation even before months in Copenhagen’s most famous restaurant Noma, which has been selected as the best restaurant in the world 4 times. Founded in 2003 by chef Rene Redzepi, Noma serves under certain rules. Next to the restaurant that uses products grown in Denmark, Sweden, Norway, Finland and Iceland, there is a culinary culture center and laboratory called Nordic Laboratory. Herb and vegetable dishes come to the forefront in Noma’s food preparation styles are generally the same. Noma offers a wide range of dishes, including shrimps served in an ice-filled jar, quail eggs smoked using straw, and freshwater bass cooked in cabbage leaves.

One of the most popular addresses in the city, Restaurant 108 is known as the sister restaurant of another popular restaurant, Noma. It is one of the most famous restaurants in the city with 108 simple Scandinavian decorations and tasting menus consisting mainly of seafood flavors which are awarded Michelin stars as soon as they are opened. 108, special methods according to the season fermented and stored products, various marinated and brewing methods are preparing different flavors.

Located in an old apartment where wine is the starting point and food is paired with wine, the Michelin-starred restaurant Clou. Chef Jonathan K. Berntsen heads the kitchen of the restaurant, where everyone feels at home. The restaurant has 20 set menus and can accommodate between 12 and 20 guests. You should try Clou’s oyster prepared with ginger in the passionfruit leaves, combining Southern European cuisine with Scandinavian dishes.

Kadeau, who received the Michelin star in 2013, blends flavors from the small Danish island of Bornholm on the Baltic Sea with the food and atmosphere they prepare in the restaurant. Located in the center of Copenhagen, the restaurant prepares and serves Danish delicacies from Bornholm. The dishes prepared with pork belly, beets and seafood are the favorite of the guests.