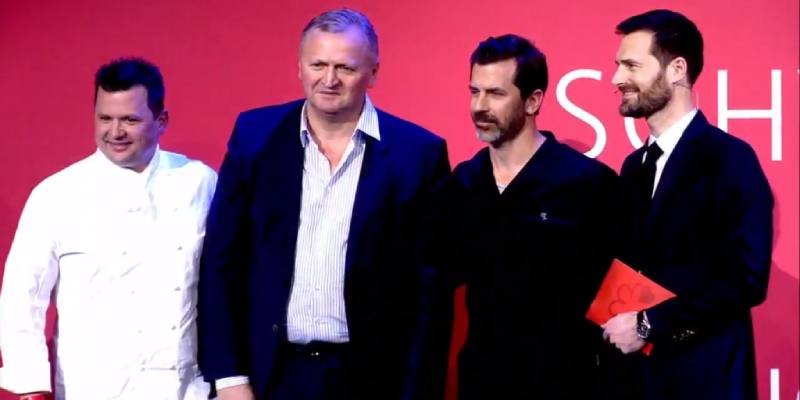 The Michelin Guide to Switzerland 2019 has been released and includes 23 more restaurants than last year, including two new, two-star restaurants.

With the launch of the Michelin Guide Switzerland 2019, Swiss gastronomy sees two new two-starred restaurants. With their straightforward and modern style of cooking, Patrick Mahler and his team from restaurant Focus in Vitznau have landed in the guide, heading straight from zero to two stars. The second two-starred addition in Switzerland is chef Laurent Eperon’s Pavillon located at the Zurich-based hotel, Baur au Lac.

In total, the Michelin Guide Switzerland 2019 features a total of 128 starred restaurants, more than ever before. The three restaurants holding three stars in last year’s edition—the Restaurant de l’Hôtel de Ville in Crissier, Schauenstein in Fürstenau from chef Andreas Caminada and Cheval Blanc by Peter Knogl in Basel—have maintained their highest status.

“The number of stars this year is proof of the high level and overall quality of Swiss gastronomy,” says Gwendal Poullennec, international director of the Michelin Guides. “Our inspectors were very pleased to discover, and are very happy to share with our readers, an impressive variety of culinary styles, ranging from classic to modern and from Mediterranean to Asian cuisine.”