Restaurants in London became one heart for Ukraine 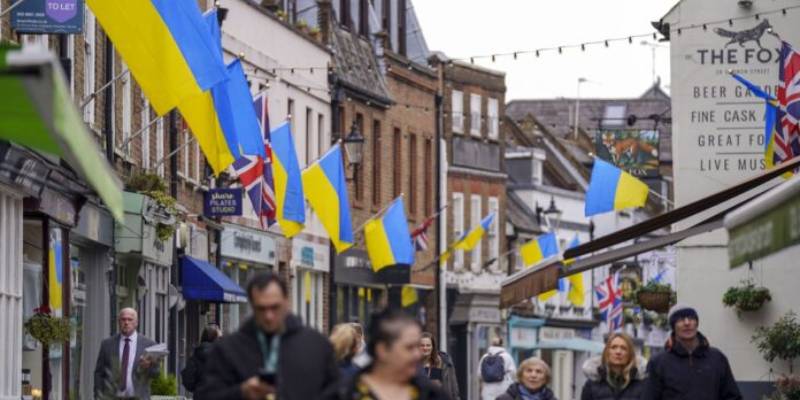 Russia’s invasion of Ukraine, which has been going on for days, is giving countless civilians a hard time. To escape the firing line and the bombings, the people take refuge in neighboring countries, at the border gates. London’s restaurants didn’tremain indifferent in the face of this event, which was followed with sadness around the world and supported Ukraine from everywhere. World-renowned restaurants are striving to support the Ukrainian people who need help as one heart.

Ukrainian food writer Olia Hercules collaborated with Alissa Timoshkina, Clerkenwell Boy and Unicef’s NEXTGen London team for the #CookForUkraine charity campaign, she started to support Ukraine. Many restaurants donated £1, £2 or £5 for this purpose. This money will go straight to aiding Unicef, who are working tirelessly to provide health care, clean water and food to families throughout Ukraine.Here are a few of the London restaurants that donate.

Blacklock, Black Axe Mangal, Bubala, Brigadiers are donating £1 from every bill in March while Angelina and Dai Chi  have £1, £2 and £5 donation options per bill or person. Dishpatch donate £1 from each order. Yard Sale Pizza, on the other hand, launched a raffle on 4 March that gives entrants the chance to win a black card entitling them to free pizza for a year. All proceeds are being donated to #CookForUkraine. Adding a limited edition Mamushka burger by Olia Hercules to its menu, Hache donates £3 from each order to UNICEF UK’s Ukraine appeal. Il Portico restaurant, an Italian family restaurant in west London donate £5 from every one sales of Red Cross.