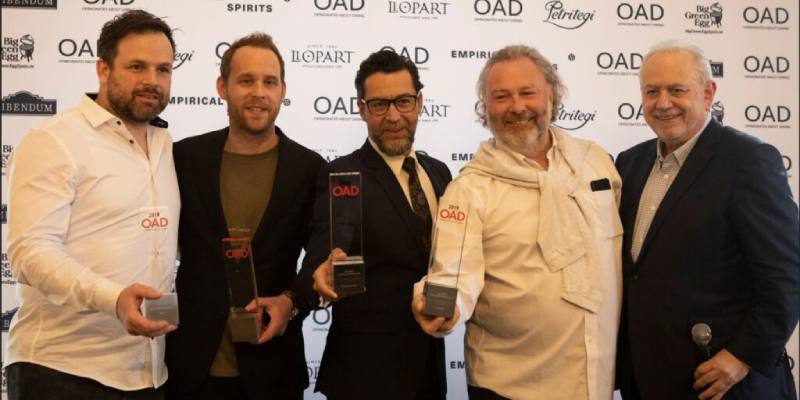 Opinionated About Dining where restaurants from different regions of the world reviewed by the guest experiences, announced 100+ European 2019 list yesterday evening with a ceremony in San Sebastian.

L’Arpège from France and Restaurant Quique Dacosta from Spain are yet to be seen absent from the top 10 since 2013 list and their incredible achievements have been recognised by this year’s Five Consecutive Years in the Top 10 awards.

Newcomers have likewise been given the spotlight this year with Restaurant Barr from Denmark being crowned Best New Restaurant.

Lido 84 Italy and Daniel Berlin from Sweden made huge leaps from 2018, jumping from 21st and 29th to 10th and 5th place respectively,

Noma from Denmark have also made a bold comeback with Noma 2.0’s first appearance on the lists by landing in ninth place this year. Others on the top 10 include: La Marine from France and Le Calandre from Italy.