Nusret Gökçe, who is known as Salt Bae in the world, opened the new roof in London 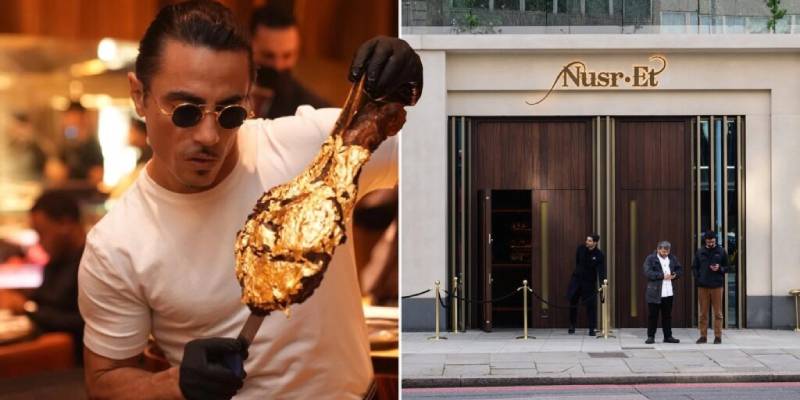 On 28 June, the Knightsbridge branch of Nusr-Et opened in an open-air venue with 70 people under the leadership of the famous butcher chef. The terrace, which is open from lunch until late in the evening, serves a range of different cuisines, from carpaccio and steak tartare to shrimp tempura roll and avocado sushi, as well as meats made famous on social media. Nusret, which does not miss the Turkish cuisine, also offers its guests options such as baklava or cake at the end of the meal.

There’s no such thing as bad publicity!
The famous butcher, who had a great impact on social media with the restaurants he opened before, gives an average price of 37,000 pounds for a 4-person table to his customers who want to indulge themselves by paying high bills. Despite its cost and reputation, there are those who do not like Nusret’s restaurants. It’s “a categorically bad restaurant,” according to Jimi Famurewa of the Evening Standard. Also, it doesn’t seem to be beneficial for its rankings on TripAdvisor to drop more and more.

Luck is on Nusret’s side!
It all started with the “salt sprinkling” video that first went viral in 2017. While this move became his signature, it also made him rich enough to open many restaurants around the world. Football players, actors and even ministers from all over the world visited their restaurants.