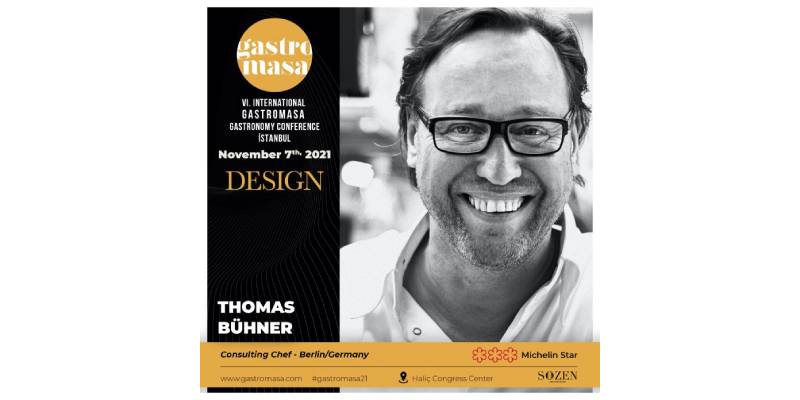 Thomas Bühner, who influences European gastronomy as one of the most important chefs of Germany, won his first Michelin star at La Table in 1996 and was awarded this honor for the second time in 1998. In 2006 he was named Gault Millau’s Chef of the Year. Bühner also took over the management of Restaurant La Vie in Osenbrück the same year, during which time he became the Grand Chef of Relais & Chateaux. Bühner, who was awarded the Michelin star for the third time in 2011, has proven to the world that he is a real professional in every sense with the mutual respect and rationalist attitude he encourages in all the kitchens he works in, beyond his culinary expertise.