Michelin-starred Oriol Castro is at Gastromasa! 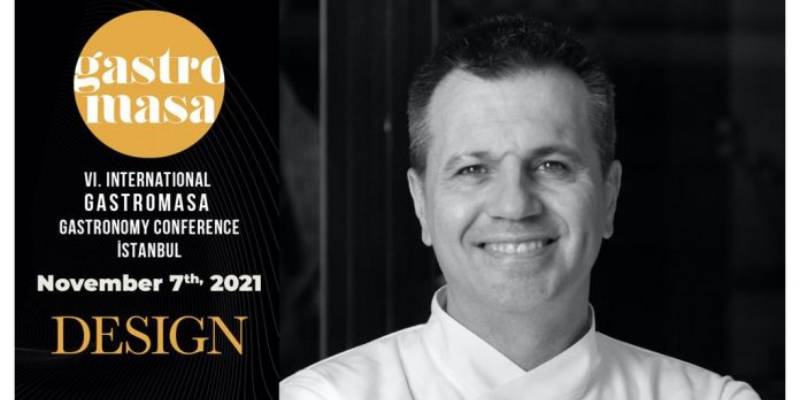 Oriol Castro, who received the first prize of his career in the Spanish confectionery competition in 1995, started working at the world-famous restaurant El Bulli in 1996 with Mateau Casañas and Eduar Xatruch. The work harmony and collaboration of three talented chefs created the Compartir in 2011. In 2014, their most ambitious project, Disfrutar, followed. Disfrutar, which means enjoyment, was awarded a Michelin star in its first year and made a name for itself with the two suns it won from the Repsol Guide. In 2015 Disfrutar was chosen as the “Restaurant of the Year” by Catalonian Academy for Gastronomy, and the following year Opinionated About Dining declared it Best New Restaurant in Europe. Castro, Casañas and Xatruch, who multiplied their success, increased the number of Repsol Suns they had to three in 2017 and were awarded the Michelin star for the second time in 2018. Moreover, Disfrutar ranked 5th in The World’s 50 Best Restaurants list this year. Oriol Castro, who has a respectable place in the gastronomy world as one of the three talented chefs of Disfrutar, makes a difference with his limitless creativity, avant-garde style and surreal-looking plates.