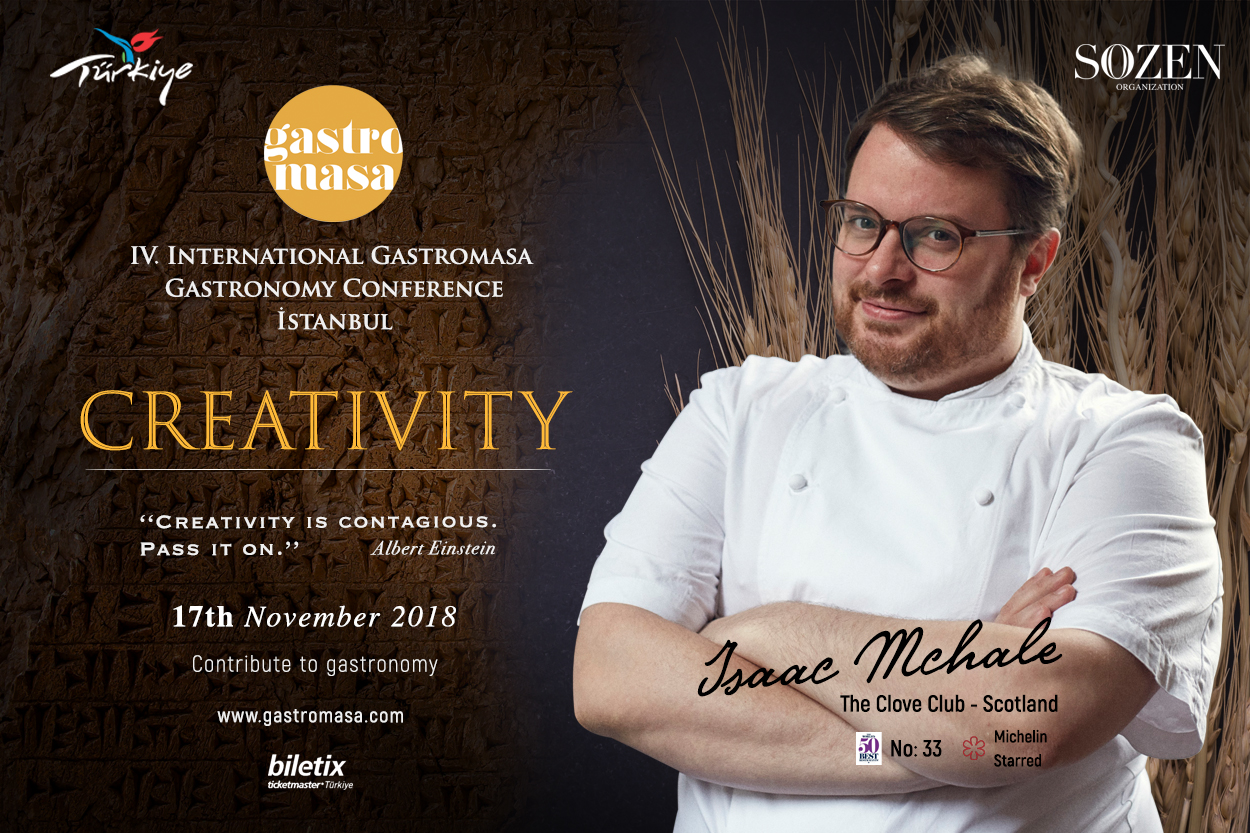 Ranked at 33rd place in prestigious, The World’s 50 Best 2018 List, Michelin starred chef Isaac Mchale is at Gastromasa. The Scottish chef was often mentioned with his restaurants The Clove Club and Luca in London. The successful chef won the Michelin star in 2017 and his restaurant, The Clove Club, was named London’s best restaurant in the same year by The Sunday Times.
Representing the Turkish gastronomy to international arena, IV. The International Gastromasa Gastronomy Conference hosts star chefs this year as well as every year.