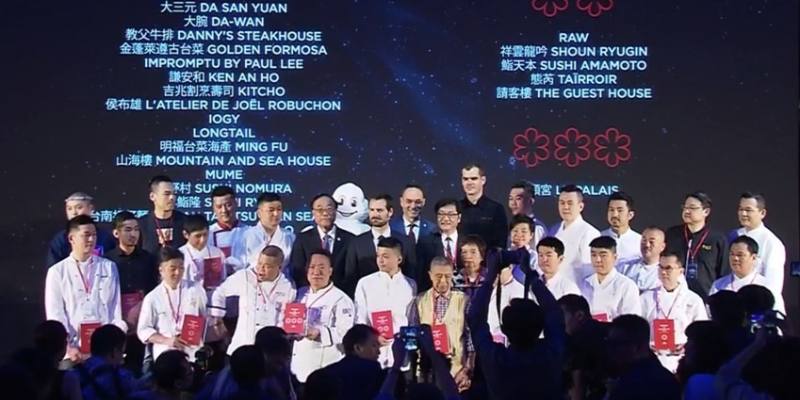 A total of 24 dining establishments receive Michelin stars this year. Making its debut in the guide is Japanese restaurant Sushi Amamoto, which receives two stars. And the two restaurants make the jump from one star to two – Taïrroir, by chef Kai How hi, plays with traditional Taiwanese cuisine with a modern twist, but always respecting the past. The other is RAW by Chef Andre Chiang and chef Alain Huang, who also reinterpret Taiwanese food in a modern way.

Shoun RyuGin and The Guest House both hold on to their two stars while Le Palais, retains its three stars, which remains the only three star restaurant in Taipei.