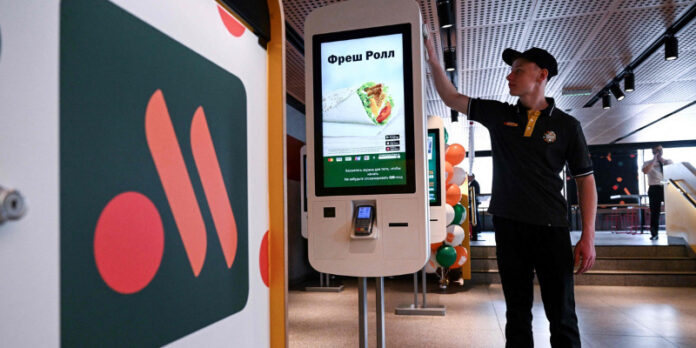 McDonald’s, which ended its activities in Russia after the invasion of Ukraine and sold all of its restaurants, is back in Russia with its new name “Vkusno & tochka”. Having opened its first branch in Moscow, Vkusno & tochka will launch another 200 branches in June.

Russian businessman Alexander Govor, who bought the restaurants after McDonald’s restaurants closed and went on sale, opened the branch in Moscow himself.

Although the names of the restaurant and menus are in Russian, almost everything else is the same as McDonald’s. The slogan of the new brand Vkusno & tochka, which means “Tasty and That’s All”, became “Our love does not change, even if the name changes”.

The first McDonald’s branch in Russia opened in Moscow on January 31, 1990, one year before the collapse of the Soviet Union. At that time, the Soviet Union was just opening its economy to Western companies, and the entry of a company like McDonald’s into the country was a very important step in this direction.