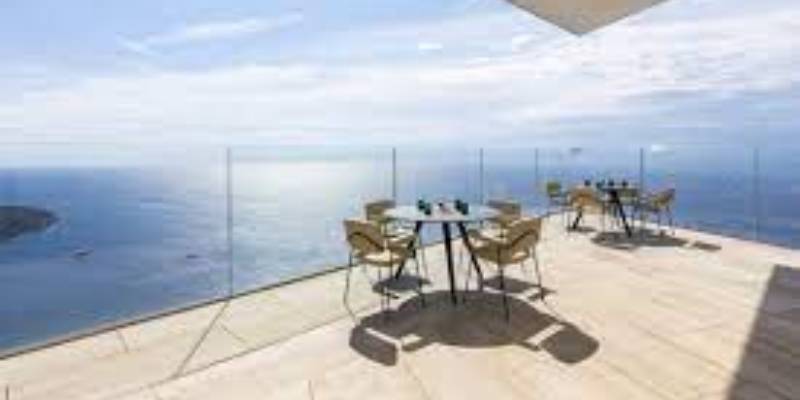 One of the most beautiful spots of the French Riviera hosts the unique flavors of Mauro Colagreco in the panoramic view of the Mediterranean. Ceto, the newest concept of Michelin-starred Colagreco, has opened and offers its guests more than a restaurant, a ‘sea cuisine workshop’.

Since arriving on France’s Côte d’Azur in the 2000s, Mauro Colagreco has had his eye on the cliffside hotel now known as the Maybourne Riviera. The exemplary address, which was the former Vista Palace before it was bought by the Maybourne Hotel Group and underwent a modernist renovation, sits on a rocky peninsula that Mauro always thought would be “a very nice place” for a restaurant. Now 15 years later, Colagreco’s newest restaurant, Ceto, has opened and is located in a very beautiful spot on the top floor with panoramic views of the Mediterranean Sea.

Ceto is firmly focused on the waters below, while the nearby three Michelin-starred Mirazur offers an experience that takes you between the ocean, mountains and its own gardens. After traveling to many countries, including Japan, to learn traditional techniques for ripening fish, Colagreco developed its own ripening room for the new restaurant. Saying that it is one of the only chambers built to mature fish with this precision, Mauro Colagreco says, “Even I didn’t believe we could increase the flavor this way.”