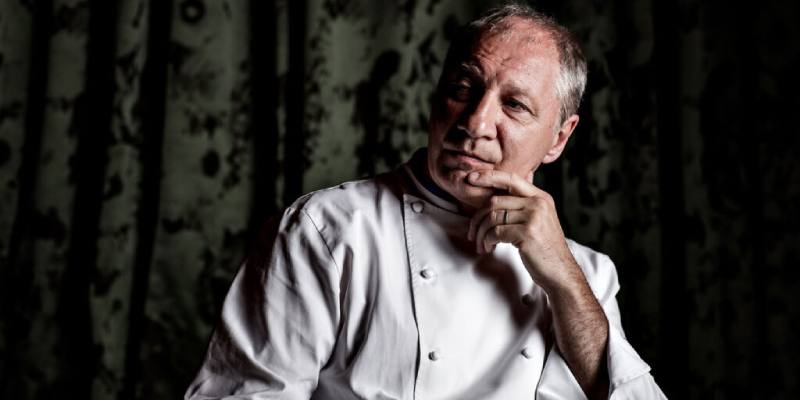 Eric Frechon, born in Somme, a small town in the north of France, works wonders as the Executive Chef at world-famous 3 Michelin starred restaurant Epicure. Restaurant is located in the Le Bristol Hotel in Paris. We talked with Eric Frechon, about his travels, passion for trying different tastes and his beautiful Parisian venue.

The chef Eric Frechon, one of the magical names of gastronomy with his different products and distinctive style, starts working at a restaurant in the small coastal town of Treport, at the age of 13. Since then, Frechon has taken the opportunity to work in different countries around the world, with almost no vacation permits. Today, Frechon is one of the most important names in classical French cuisine. Eric Frechon, who has been the Executive Chef of the 3 Michelin Star Epicure restaurant since 2000, located in the Le Bristol Hotel in Paris. He also have another Michelin starred venue in the same hotel called Brasserie 114 Faubourg.

The genius of the kitchen Eric Frechon, mixes the products that are never thought of as side by side before. Frechon said; “…in French cuisine there are many colors, it has a rich mosaic, so it is true that I enjoy matching the usual products so that no one dares to think. I define my kitchen as traditional and classic French, but I also combine unusual tastes with contemporary French cuisine. I never adapt my fashion products to today’s fashionable foreign products. So the locality is the most important for me.”

The 3 Michelin Star Restaurant Epicure features a well lighted dining room, which opens onto a beautiful garden in a charming setting. People from all over the world come to this restaurant especially to eat classic French food. For this reason, Frechon says that they are adhering to traditional French cuisine: “Customers come to Epicure to enjoy unforgettable cuisine. Our menu; artichoke and duck foie gras, black mushroom pasta, white rice ravioli and boiled Bresse chicken is among the favorites. I have to tell you that; When I design a menu, it is very important for me to balance the flavors and products. You never get the same texture and taste a second time. I would recommend to my customers, a vegetable dish for entry, a meat or fish for main course, and finally a chocolate dessert or fruit.”