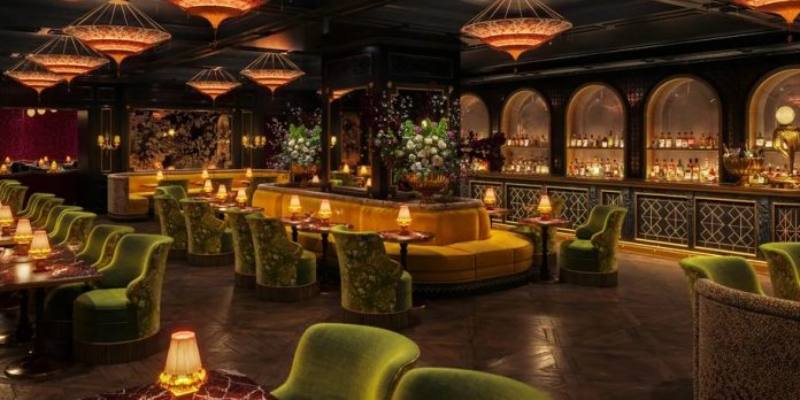 Major Food Group is opening a courtside club at Barclays Center, preparing to open the basketball season this fall. Crown Club, which was created jointly with the Barclays Center and BSE Global, which manages Brooklyn Nets, will feature bar, restaurant, and special dining room plans. There will also be a pantry area for premium ticket holders’ snacks such as candy and popcorn.

To create the lounge, MFG and BSE tapped Ken Fulk, the heavy-hitting designer behind New York restaurants Noda, Sadelle’s, and Legacy Records, along with the Miami outpost of Carbone. Based on early photos of the restaurant, the lounge appears to be outfitted with custom light fixtures, velvet furniture, and more than a half-dozen chandeliers. The 7,700-square-foot space can reportedly seat up to 250 people at full capacity but is only available to fans with courtside seats.