José Andrés: “The Restaurant Industry Is Not Receiving Its Efforts” 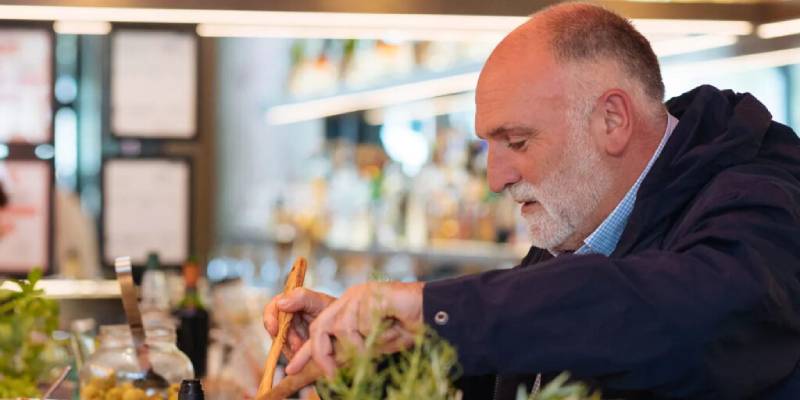 “When a restaurant issues a gift card, it’s actually giving money, and you could argue it’s for advertising, but sometimes you give a gift card and no one even understands it. Chefs get tens of thousands of dollars when they go to events and take the time to criticize the food. In my view, no one should bear the burden of having to do more. We learned that keeping our restaurant running and standing during the pandemic process is a great success. I think it is a great success to ensure the continuity of the restaurant during the rising labor cost, labor shortage, increasingly demanding customers, and an even more fierce competition environment.”

Andrés and Capital One (which also awards the James Beard Foundation Awards) come together here to promise an intimate dining experience with their food series. This is another step in helping the restaurant industry recover by encouraging people to eat out.

Andres, who then began to explain how he chose the restaurants and chefs to participate in the food series he will partner with Capital One, said: “There are so many great restaurants… Most of my friends and I did something together when they joined World Central Kitchen. I looked for people who are doing good beyond restaurants, helping the masses. I didn’t choose them, I am grateful to them for being involved in this program.”

Andrés, who hopefully answered the question of whether this series will help the recovery of the industry, continues as follows:
“There are a lot of restaurants in Chicago. We’ve seen many businesses close, but many new ones opened. Feeling that everything is back to normal is part of what we want for this summer and winter period. As I internalized Capital One, I realized how important it is to have a program that specifically encourages eating out and enjoying life again.

As the interview concludes and Sangria Zahara is poured and ham-topped caviar tacos and spheres of liquid olives are handed out, Andrés transforms into a playful host, making fun of everything, including his home decor. Looking at their spherical, pointed lighting, he cheers his surroundings by saying, “The lamps look like Covid.”

Joking about how he gave the guests tasks such as peeling blueberries, he concluded by giving a piece of advice to everyone: “Don’t follow the recipe!” Then he added, “Be yourself. Especially against French chefs who tell you what to do.” As he led an exciting cooking demonstration, he talked about the process of making spherical olives that guests enjoyed.

During the bounty weekend, there was the joy of a post-pandemic comeback. While the masks were leaving our lives, the pandemic process was largely forgotten in the celebration.