Here are the “affordable” Michelin menus 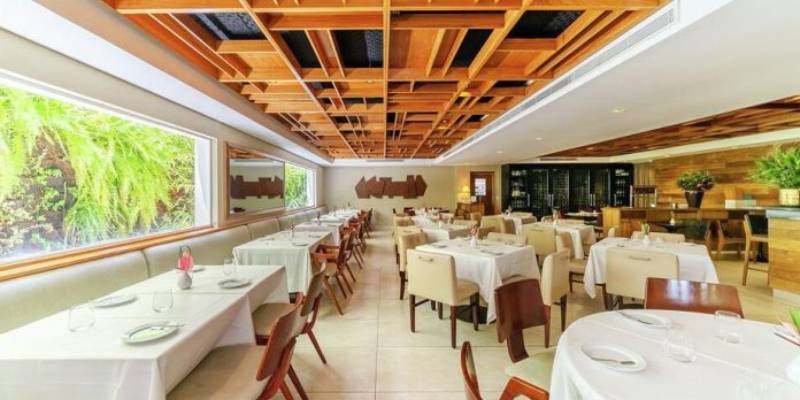 The results of the research conducted by Chef’s Pencil in November 2021 point to five restaurants. These restaurants, which offer quality food at affordable prices to their customers, may also be of interest to you.

The village where Hostellerie la Montagne is located has an important place in the history of France. This village, where a World War II military icon and the tomb of former President Charles de Gaulle is located, has a Michelin-starred facility. Dinner in the restaurant, which is called A la table de Général (at the General’s table) in keeping with its history and serves classic French flavors to its guests, ranges from about $31 to $125.

Guaranteeing to offer the best Italian flavors in Brazil at an affordable price, Picchi combines Italian home flavors with Brazilian ingredients. Toscana bone marrow and rosemary crostino, prepared by Chef Pier Paolo Picchi, are some of the outstanding flavors. Picchi is a place where you can eat quality food for an average of 45 dollars per person.

Lao Zheng Xing has a rich menu that reflects Shanghai’s cultural texture. One of the first restaurants in the city to be awarded a Michelin star, Lao Zheng Xing is known for its classic recipes. The restaurant, which adopts a very strict preparation style to preserve the authenticity of the dishes, stands out with fried river shrimp and fried sea cucumber. You can have dinner at Lao Zheng Xing for a price range of $23 to $47.

The restaurant got its name from the nickname “Jay Fai” of legendary owner Supinya Junsuta. American television star Martha Stewart is one of the regulars of Raan Jay Fai, the first street food place to be awarded a Michelin star in Bangkok in 2018. The restaurant’s menu pricing ranges from $8 to $44, with the Asian Icon award from The 50 Best Discovery of 2021.

Tim Ho Wan has many branches around the world and each has a Michelin star. Tim Ho Wan, which was opened as a dim sum restaurant for 20 people in 2009 by chefs Mak Kwai Pui and Leung Fai Keung, has a wide audience. Pricing for the menu, which includes 20 different dim sum flavors, as well as delicacies such as shrimp patties, steamed egg cake, and steamed chicken with black bean sauce, ranges from $6 to $12.