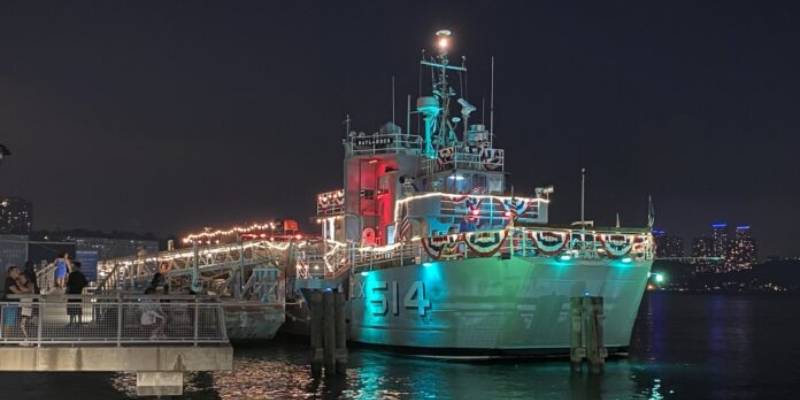 The world’s smallest aircraft carrier, Baylander Steel Beach, which has been converted into a floating restaurant in Harlem, will start welcoming its guests again on April 28. It will open its doors at the West Harlem Piers, located at 125th Street in Upper Manhattan.

The aircraft carrier, which was decommissioned in 2017, was converted into a bar by the owners of the Prohibition Lounge on the Upper West Side. Baylander Steel Beach, which has filled both the upper and lower floors with tables in the past years, has a 4000 square meter deck.