Guy Savoy is once again at the top of La Liste! 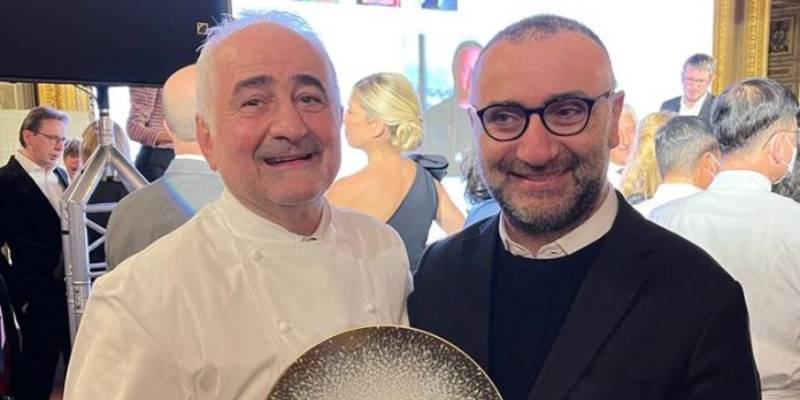 The La Liste 2022 selection, which includes the world’s top 1000 restaurants, has been announced and Guy Savoy has been named the world’s best restaurant for the 5th time! With a score of 99.5 /100, Guy Savoy was declared the undisputed winner.

With 143 restaurants that entered the list this year, Japan became the country with the highest number of La List Top 1000 restaurants. Japan was followed by China with 139 restaurants and the USA with 111 restaurants.

La Liste has also announced many special awards for 2022. Here are the awards and the winners:

New Destination Champion Award: Eastern Europe. From the Baltic Countries to Croatia, from Slovenia to Poland, these cuisines draw attention with their traditions and originality.

New Destination Champions in France: AM Alexandre Mazzia, the restaurant of Alexandre Mazzia in Marseille, and La Femme du Boucher from Laëtitia Visse transform the city into a gastronomic destination.

Innovation Award: Danish restaurant Ark, which pioneered the ‘gourmet-vegan’ trend and produces its own mushrooms on the Funga farm in Copenhagen, was awarded the international prize for innovation. The Alain Ducasse Group in France was also praised for its innovative work in this field.

Game Changer Award: JoãoRodriguez, who won great acclaim with his Feitoria restaurant in Lisbon, is signing a special Project with Project Materia. Supporting authenticity by bringing producers, breeders, fishermen, and consumers together on the same platform, Rodriguez makes a difference with his works.

Ethical and Sustainability Award: Rodolfo Guzman’s restaurant, Borago, is inspired by nature in every detail. Guzman, who adapts the original products of Chile to his menu, is one of the most important representatives of collection and micro-resource use. Christophe Aribert, from Maison Aribert in France, was also praised in the same field for his work against the use of plastic.

Community Spirit Award: Universo Santi, is a unique Spanish restaurant school where young people with disabilities learn about cooking and the catering trade.