The visit to the world-famous street food chef from FoodinLife 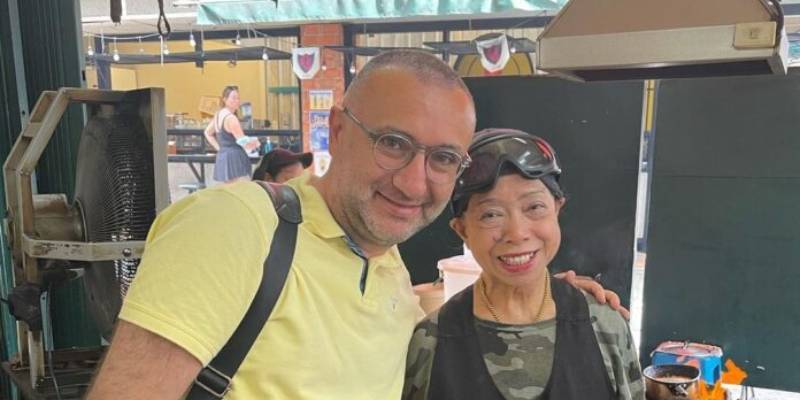 Sözen Group CEO and FoodinLife Editor-in-Chief Gökmen Sözen visited the world’s most important street food chef, Jay Fai, in her restaurant, in Bangkok. Jay Fai, who won a Michelin star in 2018, is in the lens of gastronomy enthusiasts from all over the world with the new breath he brought to seafood.

Sharing the moments he met with Jay Fai on his Instagram account, Sözen said, “It is very enjoyable to watch Jay Fai, the most important address of gastronomy explorers, while he cooks seafood in a unique and delicious way. It was a pleasure to see him again. He played an important role in changing the world’s perspective on street food.’