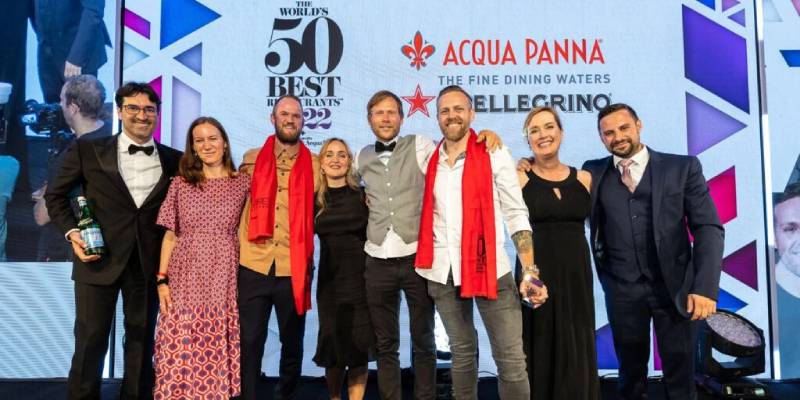 Based in Copenhagen, chef Rasmus Kofoed’s Geranium has been named number one on The World’s 50 Best Restaurants list 2022. This year Kofoed proudly takes its place at the top of the podium, following last year’s restaurant Noma, also in Copenhagen.

The list of The World’s 50 Best Restaurants was announced at the awards ceremony held in London’s Old Billingsgate market, hosted by Hollywood actor Stanley Tucci. In the night where the best restaurant in the world was announced with admiration, there were many special awards in addition to the usual awards, as well as the top 50.

“A special thanks goes out to the most loyal and amazing team back in Copenhagen,” said Kofoed. “To my dear wife who is attending for the first time. For me, this recognition is not about being better than another, it’s a celebration of all of us.”

See the full list of The World’s 50 Best Restaurants 2022 below.

Some special awards were announced during the ceremony, including the Sustainable Restaurant Award, which went to Aponiente. The Best Pastry Chef Award went to Rene Frank. The Gin Mare Art of Hospitality Award was given to Atomix. The Beronia Word’s Best Sommelier Award, in its first year, went to Josep Roca.

As usual, several awards were announced ahead of the event: Leonor Espinosa, of Leo restaurant in Bogotá, was the winner of The World’s Best Female Chef award 2022. AM par Alexandre Mazzia in Marseille was awarded the American Express One To Watch 2022 Award, and Kenyan humanitarian Wawira Njiru was recognised with the Icon Award. A new award, Champion of Change recognised this year’s heroes of gastronomy: educationalist Dieuveil Malonga, Ukrainian and Russian campaigners Olia Hercules and Alissa Timoshkina, and inspiring activist Koh Seng Choon.