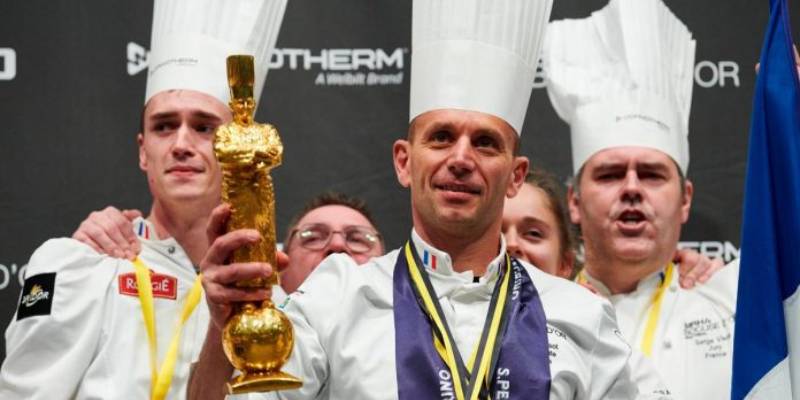 Last night, breaths were held and the SIRHA Fair, where the winner of the world’s famous gastronomy olympics was determined, was the scene of a fierce struggle. And the winner has been announced: France, the champion of the Bocuse d’Or 2021! The grand finale, where talented chefs from all over the world displayed all their gastronomic skills, had a night worthy of its name with this year’s special awards as well as impressive plates.

The demand for package service, which increased under pandemic conditions, was also adapted to competition. Teams from 22 countries used all their creativity to create impressive takeaway menus using tomatoes and beef. Sweden, which made the most creative and delicious takeaway menu, won the Take Away Theme award. The Bocuse d’Or Award for Social Engagement was also awarded for the first time this year. This award, given to chefs who can develop new models of solidarity despite difficult working conditions, went to Colombia. Switzerland won The Best Commis award, which is given to chefs who worked behind the scenes and supported their team throughout the competition. Here are the immortalized frames of the historical night:

The winner of the Take Awat Theme award is Sweden.

The Best Commis award was given to Switzerland.

The Social Commitment award, which was given for the first time this year, went to Colombia.