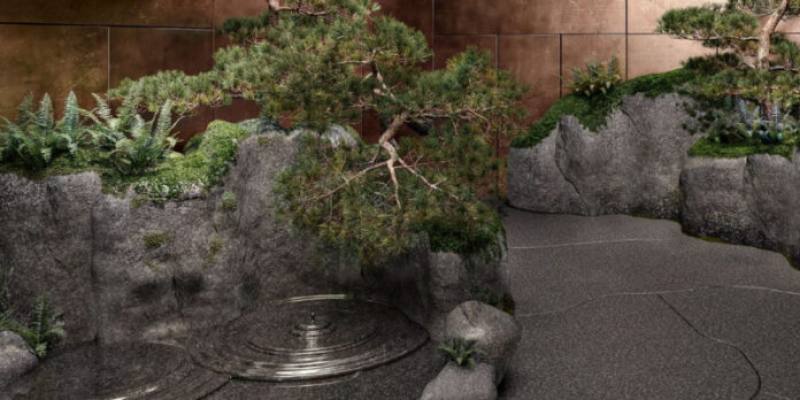 No one was surprised when two Michelin-starred Daniel Boulud backed George Ruan, Xiao Lin, and Wayne Cheng’s new speakeasy place. Joji is a fresh sushi omakase counter run by three Masa vets at the bottom of the One Vanderbilt skyscraper. Boulud, who operates Le Pavilion in the same building, will assist with service and management.

Joji is on the lower level of One Vanderbilt, and it’s not easy to find, but when you do, you realize that this is no ordinary sushi place. Shinichiro Ogata, one of Japan’s most renowned architects, created this place. The result is like a black and white jewel box with an imposing 10-seat counter made of cedar wood. Ogata and his team even chose the artwork in the restaurant, ranging from art installations to ancient Japanese artifacts.

Although the chefs decided on the menu of Joji emphasizing the traditional Japanese technique, the ingredients are not so traditional. Non-traditional ingredients make sense when you learn that none of the chefs are Japanese. George Ruan was born outside Shanghai, Xiao Lin in Fuzhou, and Wayne Cheng in Hong Kong. All three of them have been in New York for so long that they can also be called New Yorkers. Because of the chefs’ upbringings, omakase for Joji is no ordinary feat. Seeing tilefish with Sturgeon caviar and onion puree on the menu can surprise you, but how the ingredients complement each other will surprise you even more.

Although the restaurant has five appetizers, 14 pieces of nigiri sushi, and one dessert, the menu changes daily. The restaurant has ten seats at the counter and eight in a private dining room. That means all chefs will personally see that servers handle appetizers, beverages, and, most importantly, the customers with utmost care. And if you have already visited Joji and are eager to eat the same food, the chefs are happy to change the food to give you the best experience. Because for Ruan, Lin, and Cheng, everyone who goes to Joji gets the same treatment.

In addition to an extensive sake and wine life, the Joji team teamed up with a mixologist that needed no instruction. Takuma Watanabe, known for his Soba-tini cocktail and his work at Martiny’s and Angel’s Share, was happy to collaborate. The collaboration will include four seasonally rotating cocktails.