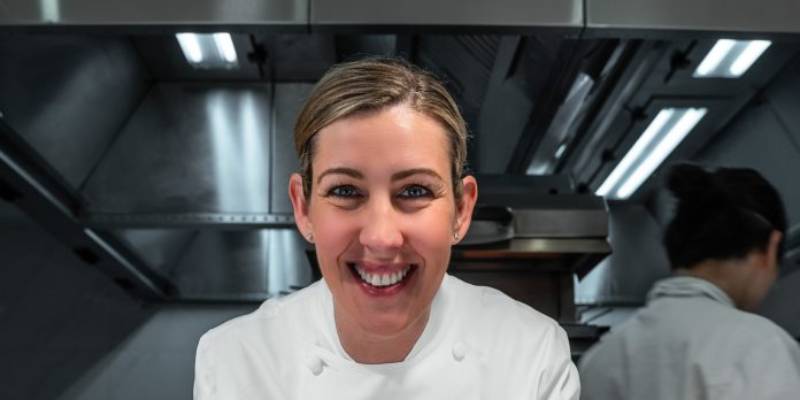 Clare Smyth, the first and only British female chef to hold three Michelin stars in the UK, opened the doors of her first international restaurant, Oncore by Clare Smyth, at Crown Sydney. The restaurant, whose opening has been postponed many times, will present the best examples of sustainable food to its guests in the magnificent view of Sydney Harbour.

Clare Smyth’s London restaurant, Core, was the first restaurant to be included in The Good Food Guide, receiving full of marks from critics the year it opened. Focusing on sustainable food and following in the footsteps of Core, Oncore is located on the 26th flood of Crown Sydney and has one of the most beautiful views of Sydney Harbour. Talking about her first international restaurant, Clare Smyth said, “Crown Sydney is a world-class dining destination for the city, and I am thrilled to have my first Australian restaurant in this amazing location overlooking one of the most beautiful sites in the world. Having lived and traveled in Australia early on in my career, it feels like a home away from home and the perfect location for the restaurant.”

Oncore’s menu includes ‘Potato and Roe’, one of the classic flavors of Smyth’s London restaurant Core. The restaurant will also have unique Sydney flavors inspired by the harbor and its surroundings. Originally scheduled to open in early 2021, the project has been delayed multiple times due to pandemic conditions. The opening, which the whole world has been waiting for, finally took place today.