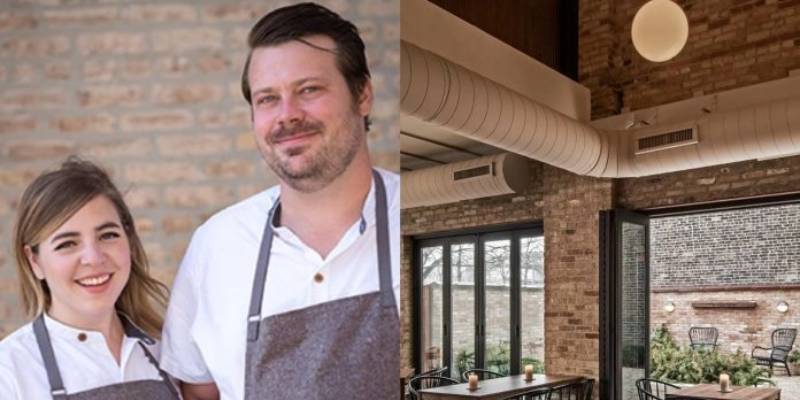 Closed for twenty-one months amid the COVID-19 pandemic, Michelin-starred Scandinavian restaurant Elske will reopen on Randolph Street in the food-centric West Loop. Co-owners and chefs Anna and David Posey will unveil Elske at 1350 W. Randolph Street on Wednesday, December 8th.

The news was a development that the restaurant’s customers had been waiting for for a long time. Elske first paused its services in October 2020 in anticipation of a harsh pandemic winter, bringing the business back in April 2021, about five months later. By July, however, the restaurant was facing the same staff shortages seen across the United States, and service had come to a standstill again. Unlike other local restaurants that are using the pandemic to rethink and restructure their businesses, the team at Elske aims to pick up where they left off. “I know we plan to be the same restaurant we had before the outbreak started,” David Posey tells Eater. “A break was sorely needed after all the hard work we’ve been through and we definitely feel rejuvenated.”