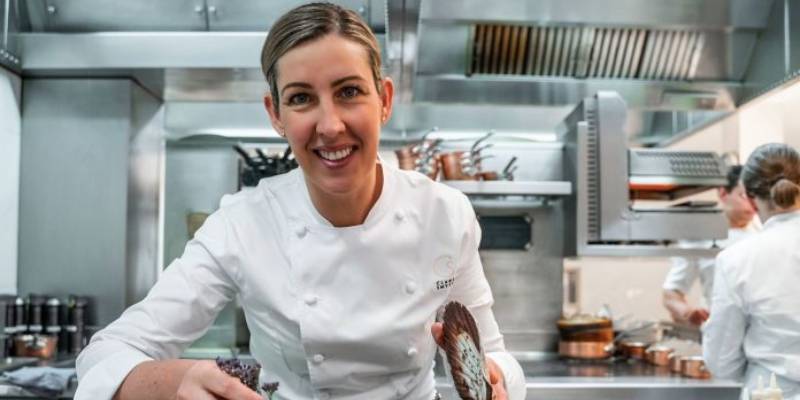 Northern Ireland’s successful chef, Clare Smyth, has called for the UK to establish a “world-class hospitality school” to prevent the loss of talent post-Brexit. Smyth, who owns three Michelin-starred restaurants in the UK, believes this project can change many things.

Clare Smyth stands out as one of only seven Michelin-starred chefs in the UK to share the same honor with names like Heston Blumenthal and Gordon Ramsay, with whom she has worked for eight years. Clare Smyth, the famous Chef-Boss of the Core in Notting Hill, London, and who was also involved in the wedding organization of Prince Harry and Meghan Markle, is also the owner of five AA badges. Focusing on the pursuit of excellence in the kitchen, it trains its staff with the ‘Core Academy’ and at the same time calls for a radical change in the sector.

“I want them all to leave Core as knowledgeable, super-confident and well-rounded individuals who know exactly what they’re doing. Plus, people feel much less stressed when they know what they’re doing. I believe in my team. My greatest asset is my team, and I knew I would need each and every one of them after the pandemic. ” she declared.

Chef Clare Smyth stated that she is concerned about the Brexit and post-Covid landscape with staff exit from European countries. Smyth also mentioned that to mitigate this in the short term, countries like France and Switzerland should allow their talents to work in the UK, but think bigger to continue having the same standards.