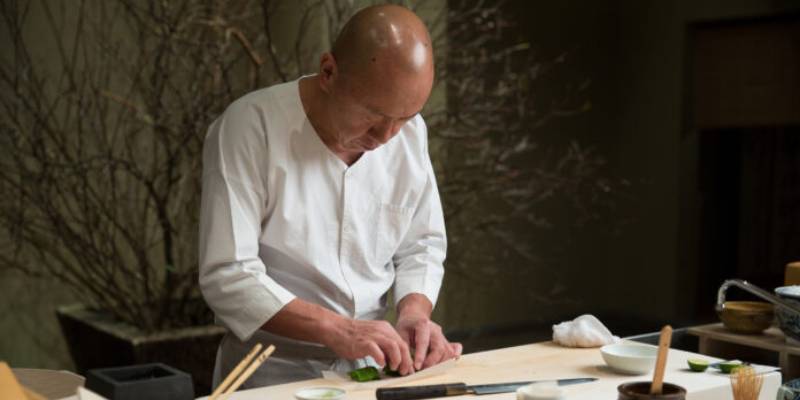 Midtown’s most expensive restaurant Masa is far from an ordinary luxury sushi restaurant. It keeps the title for a long time with the new price policy.

An exaggerated meal of wagyu beef, caviar-crowned toro, and white truffle ice cream will soon cost at least $1,000 per person. Starting in April, a prized bar seat at the restaurant will jump by $150 to $950, according to the venue’s reservations page. The omakase service will go up to $1,034 with taxes. Guests will pay $750 with an increase of $100 for the table they sit on at the Masa.

Masa ranks as the only high-profile U.S. restaurant where dinner for one will cost $1000 per person and $2500 for the two before drinks with its new pricing policy. One of the biggest reasons for this price increment is the increased costs. Not just Masa, but at least seven restaurants across Manhattan have brought a luxury sushi meal to $400 per person as rising food and supply chain costs, along with strong consumer demand. The restaurant, which increased its prices at the beginning of last year, started to take reservations from the hinoki bar in 2021, where the consumers could watch the chefs’ methodical crafts in sushi.

The reason for the price scale that makes Masa the most expensive restaurant in Midtown is not only its mastery of the kitchen and its service. Masa is also a place where privacy is very important. Although Instagram is an integral part of our age, it is strictly forbidden to take photos at Masa. Those who violate this rule are asked to leave the venue without a refund, according to the information on their website.

The table is more than an ordinary upscale sushi restaurant. Chef Masa Takayama accompanied Anthony Bourdain on an episode of Parts Unknown and appeared on Late Night with Seth Meyers. Last spring, it received a $5 million grant from the Restaurant Revitalization Fund. This is also the only three-Michelin-starred sushi restaurant in America.