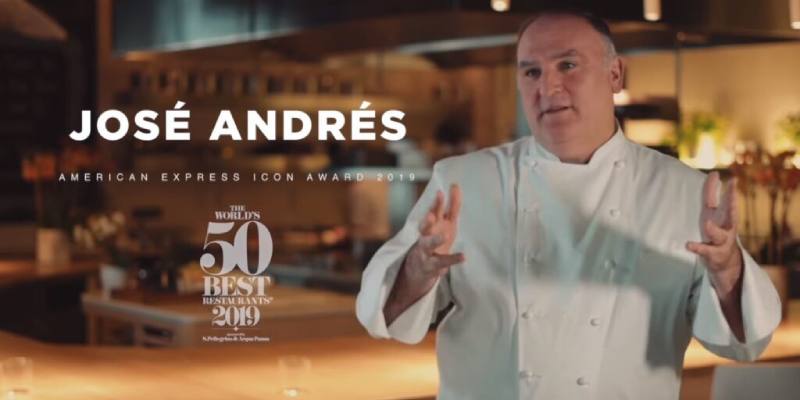 José Andrés is known as a chef who introduces America to both classical and modern interpretations of Spanish tapas. Today the chef counts more than 30 restaurants in his ThinkFoodGroup portfolio, the avant-garde, flagship of which, Minibar, has been stationed in Washington, D.C. since its inception 16 years ago.

In 2010, Andrés launched a non-profit organization called World Central Kitchen, aimed at delivering food to affected by natural disasters and those who needs. Hurricane Maria, which caused a national crisis in the US last year, hit Puerto Rico and World Central Kitchen immediately intervened, bringing food for about four million disaster victims.

“As well as being an excellent chef and restaurateur José Andrés, not only bringed fantastic, authentic and forward-looking Spanish food to the US, he also helped millions of people with the World Central Kitchen Project, who hasn’t access to food as a result of natural disasters. The fact that Chef Andrés is a chef who uses his culinary talents to contribute to a greater purpose and society at large, makes him the perfect winner of the first global American Express Icon Award” said the The World’s 50 Best Restaurants Director of Content, William Drew.

Jose Andrés, who was named on the TIME 100 most influential people list this year said: “I’m very humbled to receive this award, to make sure that I will give voice to those who are voiceless. I will try to make sure that we bring hope, one plate of food at a time.”