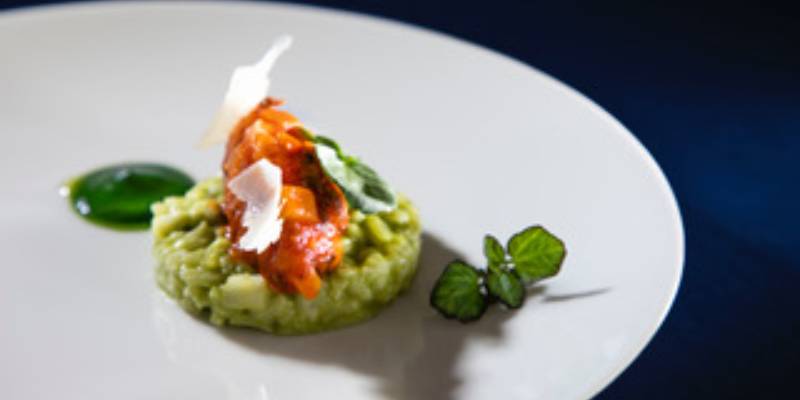 Continuing to carry the French elegance to the sky with every step, Air France’s long-range flight menus for the period of November 2021 – February 2022 bear the signatures of Michelin-starred chefs Régis Marcon and Mathieu Viannay. The menu, which is carefully prepared for Business Class and La Première passengers, offers a wide range of tastes from vegetarian dishes to red and white meats and seafood. The chefs, who transform world-class French cuisine into a special experience for Air France passengers, aim to bring French breezes in the sky. With these extraordinarily creative plates, Air France continues to promote French fine dining worldwide.

Three Michelin-starred chef Régis Marcon has prepared six new special flavors for the privileged passengers of Air France’s first class segment, La Première. Head of Servair Culinary Studio, Chef Marcon brings the freshest products of the season from the source to the plates, accompanied by the experts in his team. Here is that unique menu:

Crane and Shrimp in Lobster Sauce, Girolle Mushrooms and Spinach Sauteed with Tarragon

Two Michelin-starred chef Mathieu Viannay, who wrote his name on the Air France menu for the first time, reflected all his knowledge and talent on his plates. Business Class cruises are even more delicious with Viannay, which has prepared a rich menu that can appeal to all tastes:

Who is Chef Régis Marcon?

Three Michelin-starred Chef Macron, who reached the top in 1995 with the Bocuse d’Or, one of the most prestigious culinary competitions in the world, which is held every two years, manages to add his own life stories to unique French dishes. With its unique style, the flavors coming out of the kitchen completely represent your personality. After taking over the hotel restaurant run by his family in 1979, Régis Marcon, who never left Saint-Bonnet-le-Froid, managed to become one of the greatest chefs of his time with his modern dishes, especially with local products such as mushrooms and green lentils.

Combining delicate flavors with local products and appealing to gourmet palates, two Michelin-starred chef Viannay distinguished himself with the “Meilleur Ouvrier de France” award he received in 2004. Kazan famous chef, who gives new meaning to traditional recipes with his innovative touches, opened a brand new page when Eugenie Brazier took over the 100-year-old cult restaurant “la Mere Brazier”. Mahhieu Vinnay, who also signed the menu of the “Trente et Un” restaurant in the Portopia Hotel in Japan, made the French touch feel in Japan. In addition, the chef, who always likes to show his influence at different points by controlling the 12 catering points of the Samaritaine store in Paris, now offers his tastes to Air France passengers.

What is Servair Culinary Studio?

Established by Régis Marcon in 2009 to offer extraordinary treats to airline passengers all over the world, Servair Culinary Studio brings together many important names from Michelin-starred chefs to food experts. Setting out with the mission of offering the most delicious treats in the sky, the team also guides Air France’s in-flight catering service in France and Africa.