Norbert Niederkofler, One of the Star Chefs, at Gastromasa 2022! 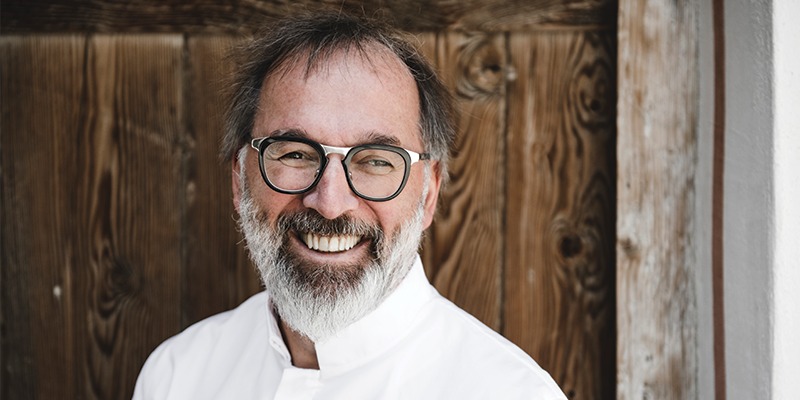 Norbert Niederkofler, one of the star chefs, is meeting with the gastronomy industry and its fans in the organization that will take place at the Haliç Congress Center.

Norbert Niederkofler, one of the most important chefs in Italy, has been maintaining the quality of 3 Michelin stars for over 20 years with his high-altitude restaurant, St. Hubertus. The most striking thing about the restaurant, located in the Hotel Rosa Alpina – An Aman Partner Hotel, is the raw material use and simple and elegant presentations created by Norbert’s knowledge of technical mastery.

In the early years of his career, Norbert gained experience in gastronomy centers such as London, Zurich, Milan, Munich and New York. After returning to the Dolomite Mountains, where he was born, he adopted the use of raw materials in the local culinary culture of the region with, by his own words, “rediscovering his roots.” Chef Niederkofler combines aesthetics and taste with sophisticated techniques in Alpine cuisine, which he create and pioneered by the use of pine and juniper trees from the region’s flowers and spices.

The art of hospitality runs in Niederkofler’s veins. He learnt the craft in his family-run guesthouse and through the teachings of his parents and four sisters. The chef sums up his life with just two words: balance and respect. His love for nature has led him to set up the Cook the Mountain project, a food network comprising local chefs, farmers and wine producers in an effort to highlight the produce of his mountains. He also organises conventions, bringing together chefs from all over the world to discuss social and environmental sustainability. He also one green Michelin, too. Norbert is also the co-owner of restaurant AlpiNN Food Space & Restaurant.

In 2013, “Cook the Mountain” project was launched by Niederkofler to protect the culinary culture of South Tyrol and the Dolomite Mountains, provided an expanding social awareness across the region’s regional products. ‘’I founded the “Cook the mountain” movement to showcase and promote the traditional produce of the mountains. Getting to know the region’s small producers is the first step in working together to preserve the area’s wine and food traditions, at the same time as improving quality and promoting a sustainable approach.’’ says Norbert Niederkofler

Chef Norbert Niederkofler selects produce solely from the Dolomiti mountains where his restaurant resides. His choice to rely only on local products is not a shortcut: “being loyal to the place where one lives is – paradoxically – much harder [than taking ingredients from anywhere],” Niederkofler explains.