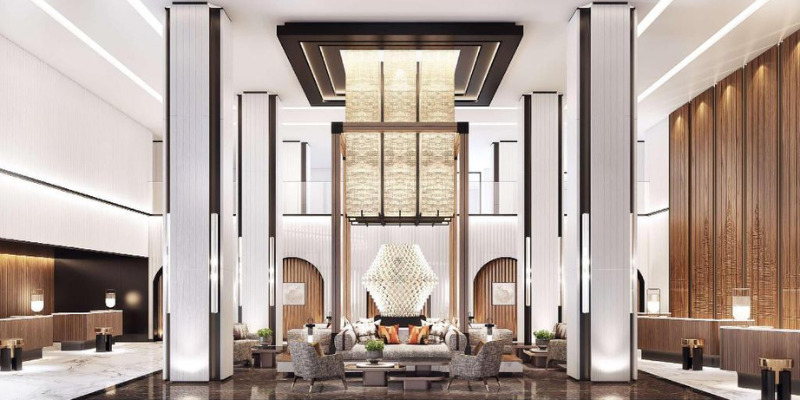 Meliá Chiang Mai organized the launch of Mai Restaurant&Bar, which has an impressive view. Five-star hotel Meliá Chiang Mai in Thailand opened its signature Mai Restaurant & Bar. Located in the heart of Chiang Mai, the restaurant is located on the 21st floor of the hotel and serves contemporary Northern Thai cuisine with a Mediterranean twist, accompanied by panoramic views of the city and the famous Doi Suthep Temple on the mountaintop to the west.

The attractive design of the 38-seat restaurant, hidden under the city’s highest rooftop bar, reflects the city’s culture. Guests of the restaurant enter the space by passing under an arch that pays homage to a nearby temple. Various umbrella canopy artworks hang on the walls, such as those made from ancient Chiang Mai textiles, while the carpet’s patterns designed in metal gray, periwinkle and soft amber add a distinctive flair to the space.

Edward E. Snoeks, Managing Director of the hotel, commented, “Given that there are so many local restaurants around us that serve great bowls of food, Mai Restaurant & Bar is not just an aesthetically pleasing setting and a great view, but a unique view. We knew from the start that it had to be different.” He says that the hotel is different from its competitors.

The menu combines traditional Lanna cuisine with Mediterranean touches in a contemporary style. While every dish uses a different combination of ingredients and textures, the 360° Culinary program offers a guilt-free pampering experience by promoting healthy and sustainable nutrition with its ‘farm to plate’ and ‘platter to farm’ processes.

Managed by award-winning Executive Chef Suksant Chutinthratip (Billy) and Sous Chef Karn Phojun, every dish on the restaurant’s seasonal menu is meticulously prepared in minutes from the open kitchen.

According to the determined concept; 12 of 28 different menu options, which are vegetarian, vegan, meat product or seafood, are included in The 360° Cuisine program. In addition, to minimize waste and carbon emissions, chefs; they prepare the meals using produce from the hotel’s partnership with ORI9IN and the nearby organic gourmet farm.