Leonor Espinosa, One of the Star Chefs, at Gastromasa 2022! 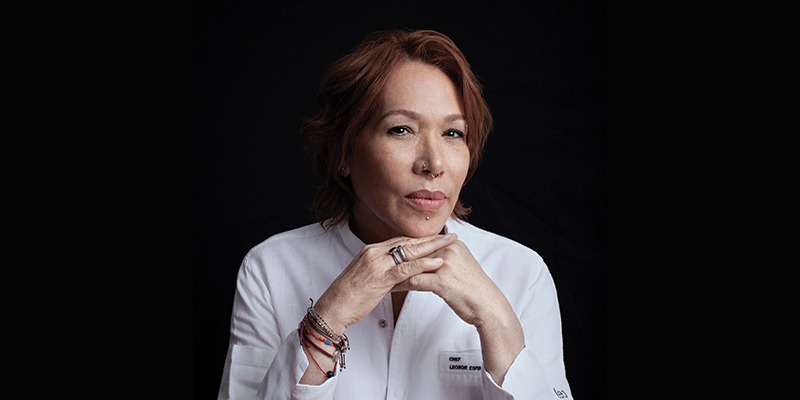 Leonor Espinosa, one of the star chefs, is meeting with the gastronomy industry and its fans in the organization that will take place at the Haliç Congress Center.

She studied Plastic Arts at the School of Fine Arts in Cartagena de Indias and Economics at the Technological University of Bolivar. She runs the kitchen at LEO, a Colombian fine dining proposal where she offers a journey through the biocultural richness of the different Colombian biomes, and at EL CASUAL, an informal concept based on culinary trends. She is President of FUNLEO, a non-profit organization dedicated to generating social welfare in rural ethnic communities that led her to deserve the BASQUE CULINARY WORLD PRIZE in 2017.

Other recognitions obtained include having ranked 69th in the Top 100 THE BEST CHEF AWARDS 2021, and No. 5 in TRAVELERS’ CHOICE WINNERS TRIPADVISOR 2020. She has several publications, including LEO EL SABOR, a book where she recounts stories from ancestral stoves and captures a modern vision through her experience in seven Afro-Colombian and indigenous communities; and, LO QUE CUENTA EL CALDERO, a book about her travels around the country told through magical and realistic culinary chronicles.

The World’s 50 Best Restaurant 2022’s award, sponsored by Nude Glass, won The World’s Best Female Chef 2022, by Leonor Espinosa, owner and chef of Leo in Bogota. Espinosa, who was previously named the Best Female Chef of Latin America in 2017, uses Colombian products while emphasizing the value of the country’s biodiversity and the social aspects of gastronomy.

Chef Espinosa, who combines her creative spirit and interest in art with cuisine, although she has never received a chef training, was included in the list of the World’s 50 Best Restaurants in 2019 with her restaurant Leo.