Janice Wong, One of the Star Pastry Chefs, at Gastromasa! 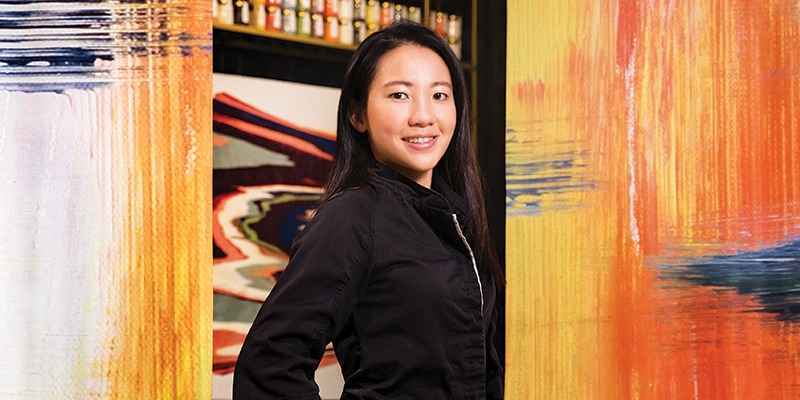 Janice Wong, one of the star pastry chefs, is meeting with the gastronomy industry and its fans in the organization that will take place at the Haliç Congress Center.

Chef Janice Wong’s refined and ever-evolving dessert creations began with her studies at Le Cordon Bleu Paris, arguably the world’s best culinary school, to pursue a career in pastry. Dissatisfied with how desserts were never the highlight of a meal, she actively sought to change this perception with the opening of 2am: dessertbar. Her never ending passion for culinary art has propelled her forward to test the limits of dessert making, including constantly blurring the boundaries between sweet and savoury. Eager to perfect her craft, Chef worked in numerous respected restaurants in Singapore, Paris, New York, Chicago, Madrid, Barcelona, San Sebastian and Majorca.

Her many stages have given her the opportunity to work alongside celebrated chefs such as Gunther Hubrechsen, Loretta Fanella, Oriol Balaguer, Arzak, Will Goldfarb, Alex Stupak and Pierre Herme among others. On top of her participation in many globally recognised culinary events, Chef Janice Wong was the lone representative from Asia for Valrhona C3 @ Madrid Fusion 2010, the forefront global gastronomic forum. In 2011, she was invited back by STB to host the opening night for Madrid Fusion with Andre Chiang. To celebrate the success of Chef/Owner Janice Wong’s maiden venture, she is looking towards expansion and has chosen to embark on an exciting new culinary adventure. Instead of opening another branch, Chef Janice Wong has opted to create 2am:lab, a meaningful, non-profit expansion of 2am:dessertbar’s philosophies.

Since 2011, 2am:lab has been a hub for innovative dining, where the chef’s, including owner and founder Chef Janice Wong, specialise in not only serving up unique dishes, but in creating and work shopping new flavours and techniques. At this extension of the already successful 2am:dessertbar, guest chefs and masterclasses are just some of the bonus features on offer.

Janice has received worldwide recognition for her cutting-edge creations and is a regular on the global pop-up circuit—proof that 2am:dessertbar is more than just a sugar rush. She has recently been named Asia’s Best Pastry Chef, for the second year running, by the prestigious San Pellegrino Asia’s 50 Best for 2013 & 2014 and then World Gourmet Summit Pastry Chef of the Year (2011, 2013, 2015).